5 Things Every Young American Should Know About Politics 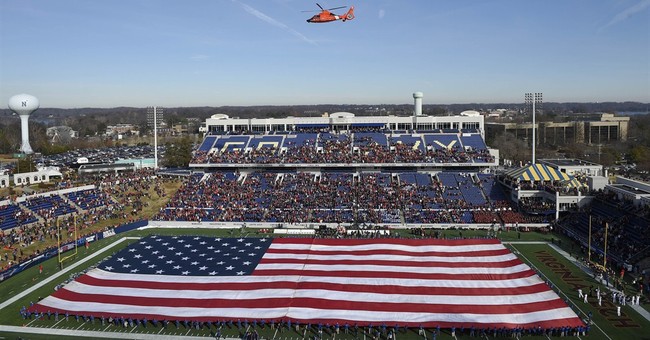 "Politics is the art of looking for trouble, finding it everywhere, diagnosing it incorrectly and applying the wrong remedies." -- Groucho Marx

Politics requires you to be cynical without losing your idealism, skeptical without giving up on problem solving, and it demands that you compromise with people who disagree with you on almost every issue. It has also become so complicated that the politicians don’t even bother to read the bills anymore. So, imagine being a young inexperienced kid who’s trying to figure out what’s going on in a world full of lying politicians, partisan hacks and slanted media.

It’s not a pretty picture.

So, with that in mind, here are some guiding principles for young Americans that will help keep them on track over a lifetime spent in the maze of American politics.

1) There is no free lunch: There is no such thing as “free” birth control, “free” community college, “free” health care or “free” anything else. Someone ALWAYS has to pay and if you’re not sure who that “someone” is, the person paying may be YOU. Even if you’re sure it’s not you this time, it may be you the next time, which is why people who work hard, play by the rules and take care of themselves run from “free” offers like a deer who catches sight of Ted Nugent off in the distance.

2) Politicians are interested in getting elected, not making your life better: There are well-meaning politicians who put the country first, but they’re about as common as professional athletes who eat dinner at McDonald’s every day. Politicians generally aren’t brave, they aren’t virtuous, they can be bought off, they often won’t do the right thing unless they’re being watched and they are not looking out for people like you. You wouldn’t leave your dog with people who think like that, but we’re trusting the fate of our nation to them.

3) Rarely does government ever "fix" problems: There’s always some politician promising to “solve” a problem, but as the great Thomas Sowell says, “There are no solutions; there are only trade-offs." As a practical matter, what that means is that when politicians move to “solve” a problem, they often create new problems that are just as bad as the ones they were trying to solve. Then they move to “solve” those problems and create more problems. After you rinse and repeat enough, you end up with the government micromanaging which bathrooms people use to make sure they’re “gender inclusive” enough.

4) People respond to incentives: Ever heard someone say, “Be careful what you wish for?” Well, you REALLY better be careful what you incentivize. In a nation of 316 million, there are people, sometimes millions of them, who will do just about every sort of crazy, self-destructive thing you can imagine if they get rewarded for doing it somehow. Changes in government policy can kill industries, change the culture for the worse and lead millions of formerly independent people to become slothful and dependent. Ah, but you’re probably thinking, “If incentives can create all of those bad outcomes, then think of all the GOOD we can do with them!” Well, that might be true except that…

5) Government isn’t a good; it’s a necessary evil: Government is inherently slow, stupid, inefficient, wasteful and dangerous. Moreover, it is, was, and will always be that way, no matter who’s in charge because that is the nature of the beast. Now combine that with power-hungry politicians and dead-eyed bureaucrats who feel entitled to force you to do things at gunpoint and you should be very wary of anyone telling you about all the wonderful things government can do. Whether the government is offering Americans something “free” or pointing a gun at our heads, we’re all better off with as little of it as possible in our lives.