15 Reasons Liberals Say You're Supposed to Hate Conservatives Like Me 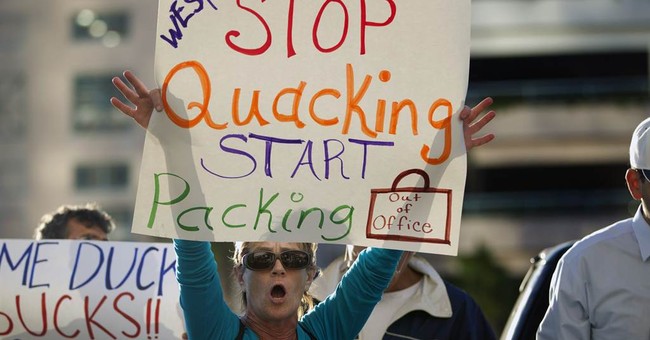 1) I think if the government is going to take a big chunk of the money that people earned to waste on programs that they’re going to get no benefit from, it should say "thank you" instead of complaining that those people are still not "paying their fair share."

2) I don't think that every time someone experiences a misfortune, the government "MUST ACT." I don't expect heaven here on earth and even if that were possible, the same people who run the IRS, DMV and DHS aren't going to be the ones to provide it.

3) I also think it's stupid to suspend children from school for playing cops and robbers or pointing a chicken finger at another kid and saying "bang." If a kid's misbehaving, call his parents and spank him until he gets the message, but teachers need to stop picking on kids because they can't push adult gun owners around.

4) I don't have any white guilt because I've spoken out against racial prejudice, I've never discriminated against anyone and I think anyone who uses the words "white privilege" in a non-ironic way probably spent too much time listening to the wrong college professors. I also have friends who are black and Hispanic, but we're not supposed to say that anymore because it's somehow supposed to be more evidence of racism. When you know you're going to be called a racist no matter what just for being a Tea Partier, the word loses all of its impact anyway.

5) I don't believe in "no bullying zones" or telling a teacher when a kid is bullied. I do believe in the same strategy my father used with us, which was to tell us that if a bully picked on us, we better hit him square in the mouth or we'd answer to him.

6) I like women and if I feel like it, I will very respectfully note that I think they're pretty. I also open car doors, pull out chairs and say, "Ma’am." I was raised that way and if we had a nation full of men who behave that way instead of walking around with their pants hanging down to their knees referring to women as "b*tches," this would be a better country.

7) Politicians on both sides of the aisle do nothing but lie to us all day long. Fine, that's what they do. But, don't act indignant when we point out you're lying and don't ever, ever demand that we "trust you." Because we don't.

8) If handling a gun makes you wet yourself, that's fine, but don't try to disarm me because you can't man-up. If a burglar breaks into my house, I want to make sure that if the cops are hauling off a body when they get there 30 minutes later, it's his, not mine.

9) I think if you're in America, you should speak English. That's the language we speak here and it's rude to have a conversation in a foreign language in front of other people who don't speak it.

10) I don't hate illegal immigrants. If I lived in a crummy pesthole like Mexico, I might come here illegally to make money for my family, too. But, if I got caught breaking the law, I wouldn't have the audacity to demand sympathy and act like I was the one being victimized. Illegals broke the law and whatever problems that causes for them are their own damn fault.

12) How we ended up with so many people hostile to Christianity and Judaism in this country, I don't know. The nicest, most decent, most charitable people I've ever met have all been Christians or Jews. If every Christian and Jew in America disappeared tomorrow, 99% of the private charities, soup kitchens and homeless shelters in America would close overnight. That's not a slap at anybody else, just a statement of fact.

13) Yeah, I will wave an American flag on occasion. Why not? Is there a better flag to wave than ours?

14) I believe an administration, college, or Hollywood studio -- that is comprised of people who are black, white, Hispanic, Asian, Muslim, Christian, Jewish, Hindu, gay and straight who all have the same liberal opinions on every issue -- has nothing it can teach the rest of us about diversity.

15) I have been so poor that I genuinely considered sleeping in my car for a month or two to save up some money. I once even slept in an elevator for a night because I was too broke to chip in money to stay at a friend's hotel room and too proud to sleep over without paying my own way. I didn't get past that by taking welfare, food stamps or waving a sign at an Occupy protest. I lived cheaply, worked hard and never stopped looking for extra ways to make money until I put some money back and got some breathing room. Don't tell me I don't care about poor people. I've been poor, I'm not anymore and I tell people what works.