6 Reasons You Teabaggers Should Give Up On Controlling Spending 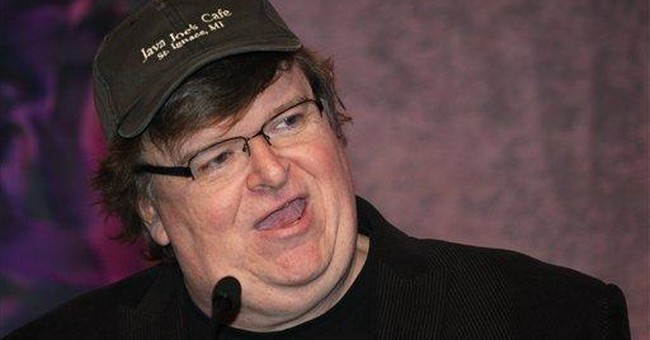 It's time for all of you toothless hillbillies in the Teabagger movement to learn something from your betters on the Left. So, you need to stop listening to hateful ideologues like Rush Limbaugh, Thomas Sowell, and whoever the KKK's Grand Dragon is these days and start listening to reasonable voices of moderation like Paul Krugman, Rachel Maddow, and Michael Moore. Open up those Teabagger ears and listen to the sweet, sweet melody of the NEW TONE on spending.

1) Spending more money is popular. Spending less money is unpopular. Here's an experiment: Go up to a small child and give him an ice cream cone. After he licks it a couple of times, smash his face into it and take it away. If the child's parents are rich, you even have permission to enjoy that a little bit. Now, is the child happier when he's getting the free ice cream or when it's being taken away? Duh, obvious answer even for a Teabagger!

Now, imagine the American people as ignorant children from Alabama and yourself as a smart, compassionate adult from Berkeley who knows what's best for them. That's an analogy even a Teabagger should be able to figure out and it's why we demolish you in every election, except in the last one, when Halliburton probably teamed up with Fox to rig the numbers.

2) Somebody else will take care of it! The most tedious thing about dealing with you Teabaggers is your attitude toward spending. "Oh, WE'VE got to fix it. If not US, then who?" How about instead, we let somebody else fix it? That's easier, right? We can just write in the budget, "Twenty years from now, the budget is balanced and we start paying off the debt" and that's that. What do you mean that's not a strategy? It's a great strategy.

Step 3) The debt is all paid off. Medicare and Social Security are fully funded!

Who says we don't have a plan?

3) America stinks anyway; so who cares if it goes broke? The problem with you Teabaggers is that, unlike liberals, you have such an unrealistic view of America. Liberals have a balanced view of America, which is why they understand that America is the source of all evil in the world. Hello, slavery! Like any other nations ever did that? And we brought slaves to a country that shouldn't even be ours in the first place. It should belong to the Indians, Mexicans and buffalo. Then there were all the people we've killed in our wars of aggression against the Nazis, the Soviets, and Al-Qaeda, all of whom hated us for perfectly valid reasons. Maybe if you Teabaggers stopped waving your flags and chewing your chaw for 5 seconds, you'd realize the world might be better off if "Murica" were broke, poor, and humbled.

4) Spending more than we have has worked so far; so why change? America has been getting away with running deficits for a long time; so why change now? Heck, we've improved the process by spending even more money that we don't have than ever before and look how great it's working out! The government has more employees than ever, we have money to fund cowboy poetry, PBS, and NPR with plenty of borrowed money left over. How can we possibly be broke when we're spending so much more than we ever have before?

Sure, you'd think these people would want their money back at some point, but why question a good thing? If there was actually something to worry about, Harry Reid, Nancy Pelosi, Barack Obama and the rest of our Democratic leaders in D.C. wouldn't just be saying our level of spending is "unsustainable;" they'd be doing something about it. Right? Right?

5) Don't you want your free goodies? What don't you Teabaggers understand about free stuff that you don't ever have to pay for? "What's the matter with Kansas?" indeed! You want an electric car? We've got a tax credit for that. You don't want to work for the next two years? We'll pay you not to work -- it's called unemployment insurance. Heck, we've even given out "cash for clunkers!"

Oh, and if another one of you Teabaggers who read too much Ayn Rand says, "There's no such thing as a free lunch,” again, I'm going to vomit. Of course, there's such a thing as a free lunch. You Teabaggers probably get to eat them at the strip clubs where you hold your family reunions! In our case, we'll just die off eventually and leave the debt to our children to pay off. Where's the downside to that? You Teabaggers should get yours while the getting is good and let everybody else worry about getting theirs!

Let me explain how it works.

You give your own money away and we call you selfish anyway. That's dumb. Smart is when we take YOUR MONEY, give it away via the government, and congratulate ourselves for being compassionate while we accuse you of being greedy for not wanting to pay more money in taxes. You Teabaggers have heard of "smart bombs," right? Well, now you understand "smart compassion."