Why Liberals Lie About What They Believe 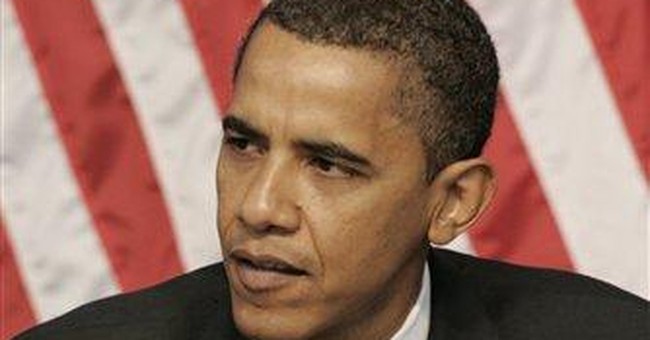 Once you've watched liberals long enough to understand how they think -- scratch that, how they feel -- they become extraordinarily predictable.

To begin with, the liberal agenda is, in many respects, the same as it was in the thirties. Whether you call it communism, fascism, socialism, liberalism, or progressivism, the only real difference is how much they believe they can get away with, the way they sell it to people, and the latest trendy name for what they believe.

So, once the liberals pick a policy from their stale program to push, the next step is to get it implemented. This is where liberals have problems because whether a policy makes sense, is practical, or actually improves people's lives is of secondary importance to them. What is important to liberals is whether supporting or opposing that policy makes them feel good about themselves.

This is why liberals continue to support dysfunctional policies that have been failing miserably for decades and why they often oppose common sense programs that have been proven to work time and time again -- because it isn't about whether it works or not, it's about how it makes them feel.

However, since most Americans make decisions about policies based on whether or not they believe the policy makes people's lives better or worse, liberals have had to become habitually dishonest about what they believe and want to do to get their ideas put into action.

This is a point worth stressing because many people who aren't familiar with politics believe that conservatives and liberals are simply flip sides of the same coin and therefore, approach issues the same way. However, conservatives genuinely believe that this is a center-right country. That's why conservatives have no qualms about being publicly labeled as conservatives and it's part of the reason why we're much more honest than the Left -- because we believe that a majority of the American people generally agree with us and share our values.

Because of this, when liberals don't feel that the political winds are blowing in their direction, not only will they generally avoid discussing the things they believe, they will typically deny that they believe them at all.

Additionally, liberals go to bizarre lengths to tilt the political playing field in their favor. They move into the mainstream media so that they can tip what are supposed to be "objective" news stories in their favor. They get into positions of power in our educational system so that they can teach kids liberal propaganda before they're old enough to know better. They uniformly support judges who care nothing about the Constitution as long as it moves liberal ideological goals forward. Even the Left's support of illegal immigration is rooted in the desire to bring in millions of poor people from socialist countries who are more likely to vote Democratic. If they can't convince the American voters they're right, then they'll just bring in some new voters.

More disturbing is the Left's ever-increasing reliance on what are commonly thought of as fascist tactics. Liberals at college campuses attempt to disrupt conservative speeches and the Democrats want to try to drive conservative talk radio hosts off the air with the Fairness Doctrine. Conservatives like Tom DeLay, Rush Limbaugh, and Ann Coulter have been targeted criminally for political reasons and there's even talk of trying to jail members of the Bush Administration over policy differences after they're out of office. Ideological soulmates of modern liberals -- like Stalin, Lenin, and Mao -- would certainly approve of those tactics.

Still, even though this is a center-right country, we do have political cycles and there are times when those cycles favor the Left. When that happens and the Lefties start to get a bit more confident, usually a few liberals at the edges will start talking about what they want to do. At that early point, most other liberals will still vehemently deny their ideological goals to the public out of fear that it will prevent them from getting into power.

However, when the Left gains enough strength to be capable of getting one of the policies they favor implemented, all the liberals who previously denied that they supported it will unapologetically shift on a dime and vote for it en masse -- while they rely on their ideological allies in the media and the fact that many Americans are ill informed about politics to cover their tracks.

So, if you want to know what liberals want to do, their words mean absolutely nothing because lying about their agenda has become as natural to them as chasing a cat is to a dog.

Instead, what you have to do is watch what other liberals have done when they have come into power. Look at Canada, where conservatives are being put on trial for hate crimes because they've dared to criticize Muslims. Look at European countries, where they have socialistic economies, sky high tax rates, rigid speech codes, and overweening nannystates. You can even look at liberal enclaves in the United States like Berkeley and San Francisco, where members of the military are treated like pariahs and they boo the national anthem.

If you believe the liberals in Berkeley, France, Canada or for that matter in the bowels of the Daily Kos or Huffington Post, are significantly different than, say Barack Obama or Hillary Clinton, you are kidding yourself. The only differences are in what they think they can get away with and how honest they are willing to be about their agenda.