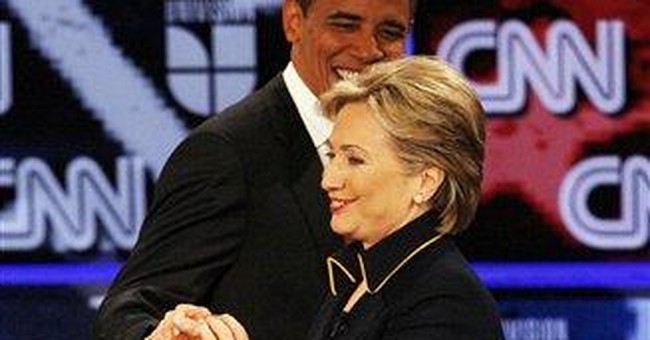 The biggest problem with liberalism is that much of it is based on incorrect assumptions about human nature, the government, and how the world works. That's why liberal policies that seem so well-intentioned often have such disastrous results over the long-term. Until liberals start to understand these truths, their ideas will continue to be damaging to their country and the world.

Human beings are born selfish and badly behaved: You, me, your father, Mother Theresa, the Pope -- we were all savage, self-centered little animals when we were born and it was only through the socialization process that we became fit for other humans to live with. That's why people do need religion, rules, and social pressure to be convinced to behave. It's also why projects like communism, which assume that people can be brainwashed to completely disregard their own nature and love their fellow citizens every bit as much as they love themselves, are always doomed to fail.

Change is often a bad thing: It goes without saying that sometimes laws, traditions, and moral practices should be changed, but it shouldn't need to be said that change for its own sake is not a plus either.

Unfortunately, there are far too many people who treat massive changes, changes that have the potential to permanently impact our society in a negative way, very cavalierly. Sure, we'll change the definition of marriage, legalize drugs, weaken the Christian church, allow countless numbers of illegal aliens from a neighboring country to become citizens, etc., etc., etc. -- what could go wrong? A lot, actually.

In fact, if you look back through our history, for every positive change on a large scale, getting rid of slavery for example, you can find multiple significant changes for the worse: like killing children by the millions via abortion and massive increases in illegitimate births because of welfare. That doesn't mean we should avoid change. Let me repeat that: that doesn't mean we should avoid change. However, we should take great care before making massive changes to the way our society works.

People are different: This would seem to be a rather obvious point, but it's one liberals seem to have a great deal of difficulty digesting. In their mind, women and men should be treated as if they have exactly the same predilections and abilities. Different races should perform identically well, in precisely equal percentages, in every activity, and any difference between people must be explained by some sort of unfair societal constraint placed upon the less successful.

However, you must take the uniqueness of the person and the group he's a part of into account. People don't have the same backgrounds, interests, talents, or cultural experiences. Because of that, nothing could be more foolish than to treat every person as if he's an interchangeable widget that should fall into some statistical category to make a bunch of bean counters in D.C. happy.

Most nations are interested in what's good for them: The only thing liberals love better than big government is even bigger government. So, yes, they love using the power of the federal government, but they're even more in love with the idea of building up the United Nations or some other form of world government.

Setting aside the fact that the bigger government gets, the less efficient it becomes, there's another huge problem with the United Nations: it's comprised of individual nations that view the organization as little more than a way to further their own interests, which may oftentimes be in conflict with those of other nations.

The truth is that most people and most nations are primarily interested in taking care of Number One. Moreover, those that don't think that way and feel strongly enough about it to take action beyond a few platitudes or token contributions are few and far between. So since that is the case, any nation that doesn't have strong safeguards for its own national interests in any sort of deal it enters into with other nations or groups of nations, is extremely foolish indeed.

However, because the world's only Super Power is a benevolent force that has worked very hard to keep global conflicts to a minimum despite getting very little credit for its actions, many people allow themselves to believe that the world is a relatively ordered and civilized place. That's not so. The prosperous and democratic nations of the world may not have any designs upon their neighbors, but most nations are neither prosperous nor democratic, and the only thing stopping them from taking what they want by force is their inability to do so.

That's because their money isn't on the line and they don't go out of business when they fail. So, the more we keep the functions handled by the federal government at an absolute minimum, the better off we will tend to be as a nation.

Every problem is not fixable: The poor? They are always going to be with us. War? It's always going to exist. Inconveniences and annoyances? We're never going to live in Utopia -- not on this earth anyway.

That's because not only is it impossible to fix every problem, but because the government's efforts are usually ineffective and often as not, over time, it simply ends up creating a new set of problems to be solved.