Kirk Cameron: "I've Become Concerned About the World Our Kids Are Growing Up In" 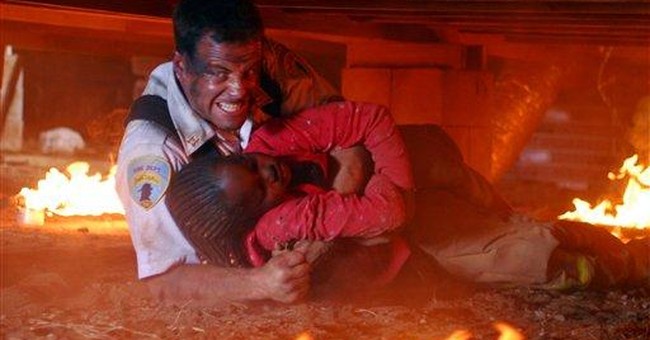 Growing Pains actor Kirk Cameron thinks that America is off track. He’s concerned about our country’s future and he believes that we have to look to history to find “the secret sauce” that made our nation so great in the first place. With that in mind, his new documentary Monumental focuses on Cameron’s attempt to retrace our Pilgrim’s journey in order to better understand how our nation came into being.

I recently had a chance to talk to Cameron about his new movie and the reasons he made it.

Cameron’s reason for making the film is evident even in the movie’s trailer where he states that “something is sick in the soul of our country.” But when I talked to him, the discussion became very personal. He told me that as a father of six, he’s “become concerned about the world that our kids are growing up in.” He said that when we look around the country, we see “16 trillion dollars in debt, and you see families falling apart, you see homelessness and teenage pregnancy, and suicide and crime…”

Some see such problems and play the blame game but Cameron had another idea. “Instead of listening to everyone blame one another with the right blaming the left and the left blaming the right,” he decided to search for the keys to our nation’s greatness. He retraced the "escape route of the Pilgrims" and talked to historians about the tremendous obstacles that stood in their path as they fought for freedom. And as he notes in the film, the Pilgrims were far more courageous and resilient than many people give them credit for.

“I want people to understand the recipe for freedom and blessing and prosperity and I want people to be inspired by the stories of courage and sacrifice and selflessness,” he added.

And he was quick to note that “the history of the world is the story of people getting off track” so we are not facing a unique situation. History is full of people who took their history and freedom for granted, he said. And he argued that we can’t ever take those things for granted and we can’t wait for others to solve our own problems.

“We shouldn’t wait around and wait for the government to fix the problems of our country…we should fix them ourselves.” And as a born-again Christian, he added that faith in God is a good place to start.

In publicizing the film, Cameron has faced some tough questions about his own faith. While on Piers Morgan’s show a few weeks ago, the actor was confronted with questions about morality, homosexuality and abortion. And Cameron told me that he was unprepared for such questions and he was surprised how “disingenuous Morgan was.” Cameron told me that he went on the show to talk about his movie, not his personal religious beliefs.

His appearance and his statement that homosexuality is “unnatural” caused a lot of controversy but when I talked to Cameron, he was more focused on his film but he noted that as a Christian, he’s “called to love all people and not hate anybody and I don’t.”

Cameron’s new movie Monumental will be screened tonight in limited theaters as a one- night engagement. Click here to find a theater closest to you and also make sure you check out Townhall.com’s own Daniel Doherty interview Cameron at CPAC 2012.