John Eick
|
Posted: Nov 21, 2016 10:27 AM
Share   Tweet
The opinions expressed by columnists are their own and do not necessarily represent the views of Townhall.com. 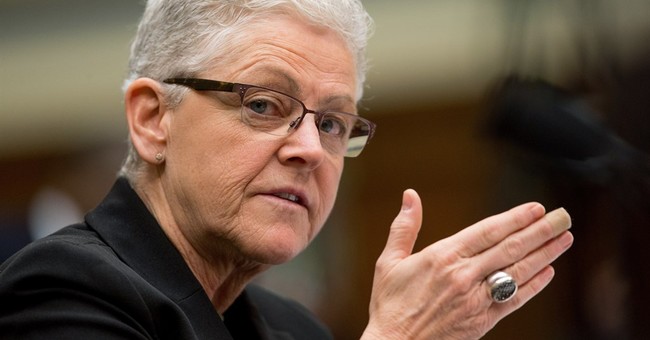 After running a campaign some observers thought was

Given that these agreements, regulations and restrictions were imposed by his soon-to-be predecessor largely via executive action, a President Trump could fairly easily undo them or, at minimum, significantly curtail their impact. While addressing these specific issues would certainly be worthwhile, the Trump administration should also consider working with Congress to implement broader, structural reforms to the federal administrative state that could last well beyond his presidency.

First, the Trump administration should look to curb the abuse of “sue-and-settle” litigation, a legal strategy commonly employed by activist groups to compel federal agencies to create new regulatory deadlines or develop new rules outside of the normal rulemaking process. The problem of sue-and-settle is particularly acute within the U.S. Environmental Protection Agency (EPA) and arises from the fact that the agency has a workload that far exceeds its available resources.

Here is how sue-and-settle works in practice. An environmentalist group will sue the EPA for failing to meet a deadline for regulatory action. Instead of defending itself in court, the EPA will then engage in friendly negotiations behind closed doors with the environmentalist group. States and other affected groups (who are ultimately on the hook for the regulatory compliance costs) are typically not allowed to participate in these discussions. Before very long, a settlement dictating how the EPA should allocate its limited resources is reached, effectively rendering official policy without any input from Congress or the states. Between 2009 and 2012, the EPA chose not to defend itself in over 60 such cases, resulting in over 100 new regulations, including the Clean Power Plan.

Earlier this year, the House of Representatives passed the Sunshine Regulatory Decrees and Settlements Act (H.R. 712) to address the growing problem of sue-and-settle. The bill would require an agency to provide notice of potential sue-and-settle litigation, allow states and other interested parties the opportunity to intervene and join the settlement negotiations and require the agency to publish any negotiated settlement in the Federal Register for public comment. Upon assuming office, President-elect Trump should urge the Senate to pass the legislation and be prepared to sign these meaningful reforms into law.

Second, President-elect Trump should work with Congress to pass the Regulations From the Executive In Need of Scrutiny (REINS) Act (H.R. 427). Over time, Congress has ceded greater amounts of its constitutional authority to an assortment of unaccountable executive agencies (including EPA), creating a situation where agencies are able to promulgate overly-burdensome, and duplicative regulations oftentimes against the wishes of Congress.

The REINS Act would restore some semblance of sanity to the regulatory-making process. Any new major regulation – that is, a regulation that has an economic impact of $100 million or more – would require approval from both chambers of Congress and a presidential signature before they could be enacted. Elected officials by their very nature are directly accountable to general public unlike federal bureaucrats. Given the economic and societal impacts major regulations can have, it only makes sense for such representatives to play a greater role in determining which regulations should be implemented.

While few may have ever expected to see Donald Trump in the White House, the new administration will have perhaps a once-in-a-lifetime opportunity to implement meaningful regulatory reforms. By ensuring the states and Congress have a seat at the table during the regulatory-making process as our Founders would want, President Trump can guarantee himself a last legacy that will rival any of his conservative predecessors.