Seriously, Who Cares if A Liberal Is Offended?

John Dempsey
|
Posted: Aug 01, 2018 12:00 PM
Share   Tweet
The opinions expressed by columnists are their own and do not necessarily represent the views of Townhall.com. 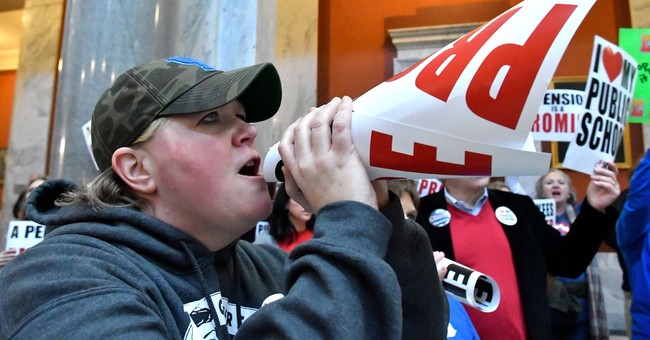 Go offend a liberal. It doesn’t matter. The left gets offended over everything. Literally. They will find a reason to be upset about something. The ultimate goal of a leftist is to shut up the opposition. By taking the fifth rule of Saul Alinsky, ”ridicule is man’s most potent weapon,” liberals try to shut up anyone with whom they don’t agree. To render the fifth rule ineffective, the recipient of leftist attacks must not care and voice their beliefs.

Charles Davis is the dean of the Grady College of Journalism and Mass Communication at the University of Georgia. Recently, a childhood friend of his, Brian Kemp, won a Republican primary in the state of Georgia. Davis took to Twitter and publically congratulated Kemp with the following Tweet: “I went to high school with the GOP guv candidate @BrianKempGA. We played YMCA ball from childhood. Politics be damned. He is a nice guy, always was. Kind to a fault. He’s a friend, always has been, and will be when we’re old(er) and grey(er). That’s how all this should work, people.”

Davis is exactly right. That tweet was kind and dignified. There was nothing political about it. He congratulated a life-long, childhood friend and there is nothing wrong with that. He acted like an adult. It sounded like that Davis is probably a Democrat and was putting politics aside to congratulate a lifelong friend with a mature gesture. If so, this outrage is another example of leftists eating their own to push their agenda.

However, some leftists saw the tweet. At that point, Davis formed a bull’s eye on his back and became nothing more than a target for harassment. He was called names, and insulted to the point he issued an apology tweet that read,” I’d like to issue an apology to anyone offended by my tweet shout out to Brian Kemp…I’ve read and learned so much from you all and will endeavor to be more thoughtful.”

The only thing that Davis could have reasonably learned from this experience is that the left is unreasonable and unhinged.

A mob on Twitter bullied Davis. He told a childhood friend good job for winning, then allowed himself to get shut down by a chronically angry group of keyboard warriors. The left can’t intentionally teach anyone. If someone learns from them, it is because he or she was a victim or an astute outside observer of their antics.

The left attacks a person mercilessly until they cower in submission if they don’t agree. Submitting is the wrong way to handle the left. They are never offended, only continuously angry and looking for the next target.

There must be pushback on leftists. Davis quickly gave in, and now he is a victim. If one pushes back hard enough, they will move on to someone else. Instead, Davis should have valued his childhood friend, and blown off the raging leftists.

There is no way to offend a leftist because they are in a constant state of the offense.

It doesn’t matter when a liberal is offended. They attack people who don’t 100 percent agree with them, regardless of political affiliation.

If educating the left is offensive to them, keep offending them.