John Dempsey
|
Posted: Jul 24, 2018 12:01 AM
Share   Tweet
The opinions expressed by columnists are their own and do not necessarily represent the views of Townhall.com. 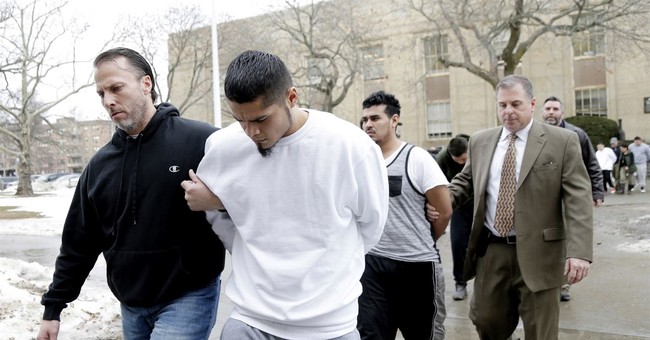 It is apparent that #MeToo doesn’t apply to illegal aliens, but only legal citizens of the United States. When the news of Harvey Weinstein broke, there was condemnation on both sides. There were too many women coming forward for his alleged actions not to be true. As with most things, over time the outrage faded, and the MeToo movement fell out of the 24-hour news cycle. The left claims to be the “champions of women,” but many are disingenuous about women being sexually assaulted.

Illegal aliens sexually assault females as young as four, but there is no outcry from liberals compared to that of Weinstein. The left is strangely quiet. Do left wingers not care about females who are sexually assaulted by illegals?

The left’s anger with Weinstein was emphatic. However, where are they when an illegal sexually assaults an American citizen?

An internet search will not show any mainstream news articles where an illegal was arrested or convicted of sexual battery. The only place to find this information is through conservative or local news outlets.

Leftists ignore women and girls as young as four for political reasons. MeToo has been used as a political vehicle by the left. Liberals promote an influx of illegal aliens into the United States. They hope to get millions here over time. If they gain the White House and Congress back, it will be time for amnesty. After that, they will be able to replace all of the lost voters when Trump took office.

If the left goes after illegals, they will lose potential future voters. That is why they won’t condemn aliens for sexually assaulting women.

So the questions must be asked. Why don’t you care about women and young girls who have to live with the aftermath of emotional, psychological, and physical effects after an attack? Are American citizens the only ones who leave those scars? Are illegal aliens not capable of damaging females? Do they only get what they want and move on, leaving no trauma with the victim? Also, last but not least, why don’t you care if the offender is an illegal alien? The silence on the left says they aren’t the “champions of women.”

As always with the left, they have taken something that matters to our culture, such as treating women with respect, and turned it into a political charade. However, this is what one can expect from a party that has no morals, and all that matters is the next election.

Sexual attacks are one reason conservatives push for border control and a wall. It doesn’t matter if illegals are coming here “for a job” or “better opportunities.” A side effect of border crossing lawbreaking is more broken laws and females of all ages who end up emotionally and mentally fractured for at least a short time due to sexual assault committed by someone who should not have been here.

Why doesn’t the left care about #MeToo when illegal aliens are involved? Maybe someone should ask them.