Leftists Care About Politics, Not Children

John Dempsey
|
Posted: May 30, 2018 11:00 AM
Share   Tweet
The opinions expressed by columnists are their own and do not necessarily represent the views of Townhall.com. 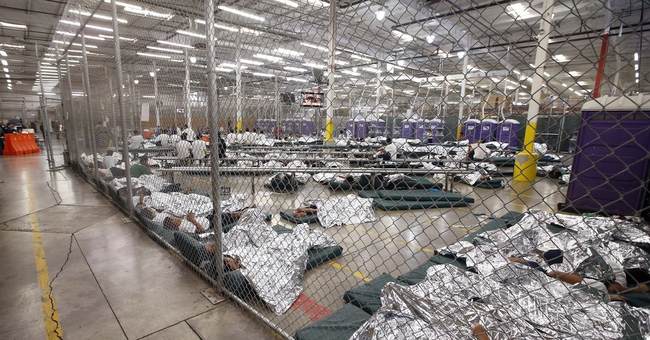 Leftists are pushing a new narrative. This past weekend the flavor was cruelty. CNN, MSNBC, and other left-wing news outlets began crying afoul of the illegal immigrant children separated from their parents after crossing the border. To “prove” this is happening, someone found a photo and posted it on Twitter. In the picture, two immigrant kids are sleeping in a cage on a concrete floor after being detained. It didn’t take long for politicians, actors, actresses, liberal reporters, and anyone who hates President Trump to share the photo.

There is only one problem. The picture isn’t from Trump’s presidency. It was from 2014 when Obama was still in office. Oops.

Linda Sarsour and Shaun King were a couple of notable people who retweeted the photo. Unfortunately, their “outrage” was feigned. Sarsour has no problem with radical Islam, which allows the beating of children. This is King’s second faux pas in as many weeks. Last week, he quickly jumped on the opportunity to accuse a Texas highway patrol trooper of allegedly sexually assaulting a drunk driver. The officer’s body camera footage promptly exonerated the trooper. Is King ever going to learn?

When conservative news outlets proved that the picture was from Obama’s ICE department, leftists began to delete their tweets. They quickly moved along as nothing happened. There were no apologies for causing an uproar. Why? The truth came out. The fact can’t be acknowledged or tolerated.

The left gets mad only when they can push their agenda.

Leftists operate on feelings. They have mastered the art of working up their constituents into a frenzy for a public outcry and have gotten pretty good at it. No matter how effective this may be, Conservatives should not abandon the truth. Ultimately, the truth will prevail.

The 9th circuit court of appeals has ruled that illegal immigrant children are away for a short time from the adults who bring them here, giving authorities time to assure child trafficking isn’t occurring. These children end up in foster homes.

If liberals cared about these children, they wouldn’t encourage adults to make a dangerous trip across the desert only to have children in these “barbaric” and “inhumane” holding cells. That is unless a Democratic president is in office, then it’s okay to use the chain link cages.

On a weekly basis, leftists end up having a political attack fail in front of them. It would be nice to know how many left-leaning voters have given up on the current state of the Democratic party. Left-wingers have forgotten about their voters to attack Trump. This is particularly dangerous for Democrats. But do they see that? After all, a significant amount of union workers and Democrat Reagan voters cast a ballot for Trump, but it seems to be unnoticed.

The left is losing. The best thing the left could do is attack Trump with policy. Instead, they assault him with fake photos, and that’s okay.