John C. Goodman
|
Posted: Jun 15, 2019 12:01 AM
Share   Tweet
The opinions expressed by columnists are their own and do not necessarily represent the views of Townhall.com. 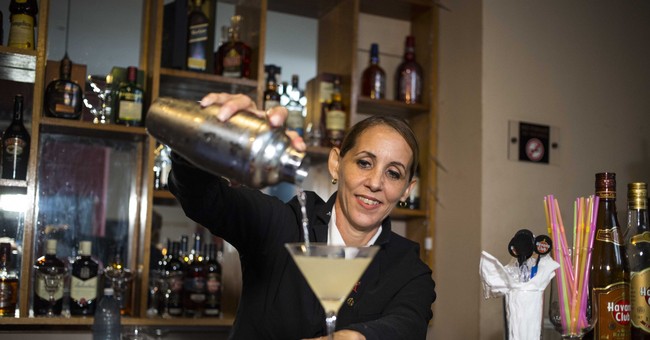 Could everyone in America live above the poverty line if only employers were less greedy? Sen. Bernie Sanders thinks that. He also thinks that Medicaid, food stamps and other poverty programs are subsidizing corporate greed -- because they make it possible for employers to pay low wages.

Rep. Alexandria Ocasio-Cortez (AOC) calls the federal minimum wage of $2.13 an hour for people with tip income “indentured servitude.” What’s her answer? The government should force employers to be more generous.

Welcome to the greed theory of wages. It has a long history. Charles Dickens believed it. A long list of muckraking, left-wing writers have promoted it.

But no economist has ever believed it. Not even Karl Marx. If you look over the writings of every reputable economist for the last quarter century – going all the way back to Adam Smith—I don’t believe you can find a single instance of a scholarly defense of greed theory.

What do economists believe? There is surprising consensus. You can find it in just about any economics textbook you pull off the shelf.

In a competitive market, a worker’s income tends to equal his physical contribution to the firm’s output multiplied by the price consumers pay for that output. Technically, workers get paid the “value of the marginal product of labor.” Put colloquially, they get paid the value of what they produce – where value is determined by consumers, not by employers.

By the way, there is something inherently appealing about this conclusion. It is easy to show that you get economic efficiency when you pay every input its contribution to output. And although economics has nothing to say about ethics, it’s hard to escape the feeling that it is inherently fair when each person’s share of the pie is equal to his contribution to the pie.

Now in a complicated, complex world things can be amiss, and all economists know that. Costs of information alone can cause some workers to be temporarily overpaid. Others might be temporarily underpaid.

But one market where the theory seems to work really, really well is in the restaurant business – where servers receive tips. This is the market where AOC has registered the loudest complaints.

Hillstone is a national restaurant chain that goes under several other names, including Houston’s, R&D Kitchen, Honor Bar, etc. At the restaurants near me in Dallas, a typical waitress (they are almost all women) can expect to earn $50,000 a year. A server at the bar might reach $70,000, but I think $50,000 is the norm for the dining areas.

These employees get only $2.13 an hour from their employer, however. That means that more than 95% of their income comes from tips. Of course, different customers will value service in different ways and tip different amounts. But at the end of the day, these waitresses are getting the value of their marginal product – without any interference from employers, government, or anyone else.

What waitresses contribute to the dining experience is service. The value of that contribution is determined by the people they serve.

It is only fair to say that not anyone can work for Hillstone. Only one of every hundred applicants is hired. Those who are hired are extensively trained and they learn to work in teams to maximize customer satisfaction.

Other restaurants are not as particular; the service may not be as good; and server income may not be as high. But the same economic principles apply.

Suppose we required restaurant owners to collect all the tips and give every employee an equal share. There would be no way for the waitress to benefit from forming a special relationship with her customers. That would also be the result if we outlawed tips altogether (as some want to do) and required everyone to be on salary.

Are you beginning to see why a lot of waitresses want to tell AOC to take a hike?

Almost everyone who works for a living understands marginal productivity theory intuitively. Even our ancestors, who lived in small tribes thousands of year ago, understood it. A hunter who took risks and was especially productive in bringing down dangerous game, for example, would have been rewarded with the choicest piece of meat.

As for what economics says about the minimum wage laws, David Brooks reviews the scholarly literature on what can go wrong in the New York Times. James Freeman does the same thing in the Wall Street Journal, noting that the victims tend to be older workers, women and blacks.

In recent years, Republicans have taken heat for their reluctance to accept evidence of man-made global warming. But the refusal to accept science is far worse on the other side of the aisle.

These folks not only reject the economic theory of wages. They reject economic science as such.

They also have very strange views about ethics.