Bernie Sanders is Not a Social Democrat; He’s a Marxist

John C. Goodman
|
Posted: Feb 13, 2016 12:01 AM
Share   Tweet
The opinions expressed by columnists are their own and do not necessarily represent the views of Townhall.com. 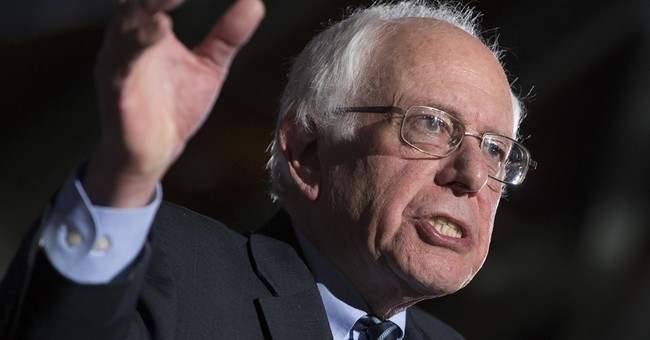 When is the last time you were in Denmark? Or Norway? Or Sweden?

If you have had the pleasure of visiting these lovely places you may have noticed something really odd. Nobody there talks the way Bernie Sanders talks.

Sanders frequently points to northern European countries, especially Denmark, as examples of how he would like to remake the United States economy – by which he mainly means higher taxes and more social services. But the main difference between the tax systems of the US and Denmark is not high taxes on the rich. It’s higher taxes on the middle class. (See my previous post on this.)

By and large, people in Denmark do not demonize the rich. They don’t think that successful people are the reason why average incomes aren’t higher. Nor are they clamoring to confiscate the wealth of those at the top of the income ladder.

Take inheritance taxes. The US has higher estate taxes than virtually any country in Europe. According to the Tax Foundation, our top estate tax rate is 40%. In the Netherlands it’s 20%. In Denmark it’s 15%. In Norway and Sweden, there is no estate tax!

Here is Bernie Sanders on the campaign trail:

In the last 30 years in America there has been a massive redistribution of wealth. The problem is it’s gone in the wrong direction. Trillions of dollars go from the pockets of working families, trillions of dollars, into the bank accounts of the top one tenth of one percent and brothers and sisters, you and I together are gonna change the flow of that revenue!

And although she is not nearly as bad, Sanders has managed to pull Hillary Clinton in the direction of this same world view. For example, she has repeatedly claimed that “the deck is stacked,” with “the wealthy getting wealthier at the expense of hard-working families.”

This is what I call barnyard Marxism. It’s the view that all wealth is theft. It’s the view that there is no essential difference between making money in the marketplace and robbing a bank. It’s rhetoric designed to divide. Sanders in particular employs the same kind of attacks on the rich that anti-Semites use in attacking Jews, that white southern racists used to use in attacking blacks, that nativists use to attack immigrants and that demagogues all over the world use to find scapegoats for the problems of ordinary people.

As Bret Stephens wrote in the Wall Street Journal, “The Vermont socialist preaches class hatred to crowds besotted by the politics of envy.”

The coded message is: if you lost your job, if you wages have been stagnant, if you have trouble making ends meet – it’s not your fault; it’s the fault of the scapegoat.

It is also pure bunk.

Gates got rich by providing the software that I am using at this very moment as I create this editorial. It’s well worth what I had to pay for it. Rowling got rich because people all over the world like to read Harry Potter novels and enjoy watching Harry Potter movies. How could anyone object to that?

If we look down the list of the 400 richest Americans, it is remarkable that 69% are self-made. They started with virtually nothing and became billionaires. How did they do it? Jeff Bezos founded Amazon. Sergey Brin created Google with Larry Page. Mark Zuckerberg created Facebook.Phil Knight created Nike. And so on.

Last time I looked, there is no gun pointing at any one’s head forcing them to buy from Amazon. No one requires you to use Facebook or to wear Nike sneakers. And no one has to use the Google search engine. All of these people got rich by meeting our needs better than other people could meet our needs.

Almost all American billionaires are philanthropists. At last count, 141 of them have pledged to give half their wealth away. Warren Buffett is giving 95% away. Bill Gates is giving 99%. I’m sure it will be much better spent than if it were in the hands of bureaucrats in Washington, D.C.

Bernie Sanders hates the idea of competition and the profit motive. He would like to remove the private sector entirely from the health care system, for example. Social democrats in northern Europe have a different view. One reason Denmark is so successful economically, despite its high taxes, is that it freely endorses deregulation, privatization and letting markets do what only they can do well – allocate resources.

Fidel Castro’s former bodyguard Juan Reinaldo Sánchez says that the communist leader “lived like a king” and “ran country like a cross between medieval overlord and Louis XV.” While ordinary Cubans stood in breadlines and suffered the effects of a declining economy, Castro had his own private yacht and his own private island -- a luxury Caribbean getaway, complete with dolphins and a turtle farm. In Havana, he lived in an immense estate with a rooftop bowling alley, a basketball court and fully equipped medical center.

While his fellow countrymen are starving to death, North Korean communist leader Kim Jong-un has managed to slip by international sanctions and import $2.09 billion in luxury goods from China between 2012 and 2014, according to The New York Times. The items include Mercedes-Benz S-Class cars and a luxury yacht worth as much as $6 million. More recently, he imported the materials needed to construct a world class ski resort. As far as I can tell, the only skier who will use it is Kim Jong-un himself.

According to Hong Kong-based historian, Frank Dikötter, Chinese communist leader Mao Tse-tung was the greatest mass murderer in world history. “At least 45 million people were worked, starved or beaten to death,” he writes. “It was like [the Cambodian communist dictator] Pol Pot's genocide multiplied 20 times over."

Despite his populist pretensions, Mao lived like a traditional emperor with all the material comforts that China could afford. His physical needs were taken care of by attendants recruited from young, uneducated peasants, who bathed and clothed him and combed his hair …. [He] indulged in young women--sometimes more than one at the same time -- and … even had a special bed made for his sexual activity…

The world’s second greatest mass murderer, Josef Stalin killed 20 million, many by forced starvation. Stalin himself had no fear of starvation, however. Upon his death, he was worth an estimated $75 million.

On his death, Mao Tse-tung was worth an estimated $1 billion. Mao’s granddaughter has been named to China’s rich list, with a fortune of nearly £530 million.

During the reign of avowed Marxist, Hugo Chavez, Venezuela drowned in a sea of corruption involving “some of the most senior figures in Mr. Chávez’s “Bolivarian revolution,’” according to The Economist. The country is ranked as the eighth most graft ridden country in the world. Even places like Haiti and Zimbabwe rank higher.

Although Chavez is now dead, according to Venezuelan media sources his daughter, María Gabriela Chávez, has bank accounts in the U.S. and Andorra with assets totaling nearly $4.2 billion – making her the richest individual in Venezuela.

And what about ordinary Venezuelans? In a New York Times report, Nicholas Casey writes:

In the capital, water is so expensive and scarce that residents wait for hours with bottles at the side of a mountain where it trickles out onto the highway.

In the countryside, sugar cane fields rot, and milk factories stand idle, even as people carry bags of money around to buy food on the black market in every city and town…

Inflation is expected to hit 720 percent this year, the highest in the world.

R.J. Rummel estimates that almost 170 million people were killed in the 20th century by their own governments. These are not deaths in war. They are the victims of genocide by the government in the country where they lived.

It is amazing how many of the people responsible for this carnage used the exact same language Bernie Sanders is now using in coming to power. They promised to redistribute wealth. And they did. A lot of it to themselves.