Is Liberalism Good for Poor People? 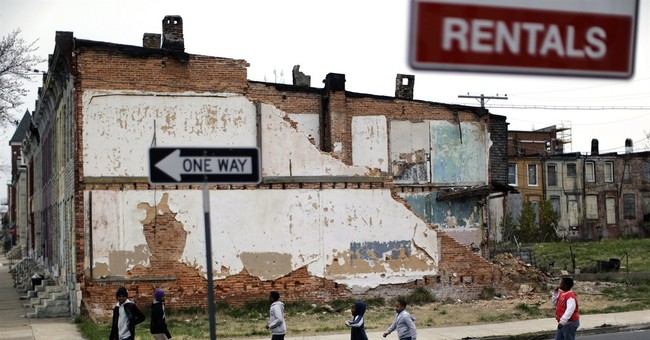 When is the last time you heard Hillary Clinton talk about poverty? How about Barack Obama? Or Bernie Sanders?

Granted, they use the word “middle class” a lot. But when is the last time you heard them talk about what they want to do for the “poor”? I can’t remember.

Take housing. On any given day about 565,000 people in the United States are homeless. That problem isn’t going away any time soon. In fact, at the current rate of progress it will take 40 years before the homeless disappear from our shelters and streets. I don’t recall any Democratic proposals to change that.

Ironically, the chronically homeless decreased more under President Bush (30%) than under President Obama (21%). Hillary Clinton actually charged a group of homeless veterans $500,000 to give a speech. (I have no idea where they got the money.)

When they talk about the problem at all, liberal Democrats invariably say we need to spend more money. But that’s not the answer. Like the problems of education, transportation, medical care and lack of job opportunities, the housing problems of the poor are largely the creation of bad government policies. The cheapest, most efficient way to solve these problems is to change the bad polices.

In 1900, more than half the population was living in poverty, using today’s definition. That was a time when there were huge influxes of people into the cities and urban areas. So where did all those people live? Were they all sleeping under bridges? Since we had a largely free market for housing, the private sector seemed to do quite well at meeting people’s needs.

Not many of today’s readers would want to live in the tenements that housed families 100 years ago. But at least they were housed. They weren’t sleeping on the streets.

One way in which the private sector created housing space is with single room occupancy or single resident occupancy dwellings – usually called SROs:

[These are] a form of housing in which one or two people are housed in individual rooms (sometimes two rooms, or two rooms with a bathroom or half bathroom) within a multiple-tenant building… SRO tenants typically share bathrooms and/or kitchens, while some SRO rooms may include kitchenettes, bathrooms, or half-baths… many are former hotels … primarily rented as a permanent residence.

These were born out of urban overcrowding, as cities scrambled to meet housing demands produced by industrialization and the urban population explosion of the early 20th century. But today, they are largely illegal. As Mariana lonova writes:

[T]he number of legal SROs in New York City has dwindled dramatically, with some 175,000 units disappearing between the 1950s and today. Single-room dwellings also fell out of favor in other urban centers across the country, which led in the loss of nearly 1 million SRO units nationwide. Between 1960 and 1980, Chicago lost 80 percent of its 38,845 SROs, while Seattle saw 15,000 units disappear. In San Francisco, more than 10,000 units were converted or demolished between 1960 and 2000….

Today, there are only 30,000 legal SROs in New York City, but there are an estimated three times that many illegal units – meeting an ever increasing demand:

… poverty in New York has persisted and even worsened — today nearly a fifth of New Yorkers live in poverty, compared to less than a sixth in 1969. Meanwhile, changing gender and family norms have meant a massive increase in the number of single-person households in the city, which rose from 185,000 in 1960 to more than 700,000 in 1987 to an estimated 1.8 million today.

That city and state housing polices contribute to a housing shortage in places like New York and San Francisco and exacerbate the problem of homelessness is not even controversial. Here is a whole speech on the matter by Jason Furman, Prescient Omasa’s chairman of the Council of Economic Advisors. (HT: John Cochrane.) And here is an editorial on the issue by Paul Krugman.

Yet, neither Furman nor Krugman makes the point I made in “How Liberals Live.” The worst housing shortages, the most homelessness and the worst inequality exist in the cities that are the most Democratic and the most liberal.