Is There a Dime’s Worth of Difference between the Two Major Parties? 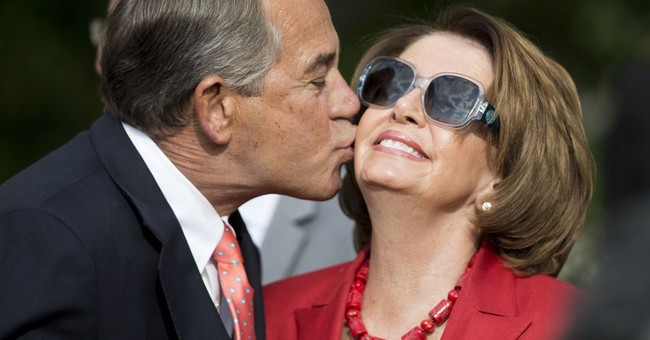 At last count there were about three dozen potential candidates for president on the Republican side. Although Hillary Clinton is the expected Democratic nominee, should she falter, there are probably about a half dozen people ready to take her place. Without knowing who the candidates will be and without knowing who will win the election, can we say today with some confidence what difference a Republican or a Democratic victory would mean in 2016?

Paul Krugman asked this question the other day in The New York Times. His answer: parties matter a lot more than candidates, and if a Democrat is elected you can be sure of four things:

This is one of the very few times when I actually agree with Krugman. But he didn’t go far enough. What would we expect if any of the three dozen potential Republican candidates were elected?

Education reform. Although the Democrats talk about inequality a great deal, it is almost self-evident that for people to climb to a higher rung on the income ladder, we have to improve the public schools. Yet aside from Rahm Emanuel and one or two others, Democrats seem to be owned lock, stock and barrel by the teachers’ unions. Teachers vote and kids can’t vote. That’s about all there is to it.

The irony is that the parents of the children Republicans would most like to help tend to consistently vote for the very Democratic politicians who are opposed to that help.

Entitlement reform. There was a time, not long ago, when there was a bi-partisan understanding that we have promised far more than we can pay for. Bill Clinton was part of that understanding. So was Barrack Obama. In 2008 candidate Obama made a campaign promise to reform Social Security, Medicare and Medicaid. He appointed Alan Simpson and Erskine Bowles to head a commission to propose solutions. Yet when the report came back, the president ignored it. In all likelihood, the next Democrat in the White house will do that exact same thing.

Tax reform. There was also a time, not long ago, when leaders in both parties understood the need for tax reform. That’s how we got the historic agreement in 1986 to cap the top income tax rate at 28 percent. Now the top rate is almost 40 percent. Our corporate tax rates are among the highest in the world and they are encouraging capital (and jobs) to go elsewhere. I believe that every single Republican candidate will unhesitatingly support tax reform. Democrats may occasionally pay lip service to the idea. But I detect no enthusiasm for it whatsoever.

Incidentally, although Paul Krugman and other critics are fond of saying that Republican tax policy favors the rich, the reason so many Americans aren’t paying any income tax at all is largely because of Republican legislation. As economist Michael Stroup has shown, every Republican tax cut from Ronald Reagan to George Bush has left the total tax system more progressive than it previously was.

Regulatory reform. In 2013 alone, the Obama administration added 80,000 pages of new regulations to the Federal Register (see Sen. Mike Lee’s demonstration of what they look like stacked on top of each other). At a minimum, the next Republican occupant of the White House will favor a cost/benefit approach with a disposition to conclude that unless the benefits of a regulation are convincingly greater than the cost, we probably don’t need it.

Free Trade. It was Bill Clinton who presided over the North American Free Trade Agreement of 1994 (NAFTA) and Barack Obama is about to preside over the Trans-Pacific Partnership (TPP). But it is not clear that the next Democrat in the White House will be open to trade liberalization at all. Almost any Republican, however, is like to be committed to dismantling other barriers to international trade.

Now if you look over Krugman’s list and my list, you will notice something interesting. With the exception of global warming, the Republicans are the reformers. It’s the Democrats who want to keep things like they are. The Democrats, if you will, are the conservatives - even reactionaries – on the most important public policy issues of the day.

Now that the roles are largely reversed, we find the two parties unprepared to assume them. George W. Bush was unprepared to privatize Social Security. And the Democrats in Congress right now are unprepared to resist another trade deal.