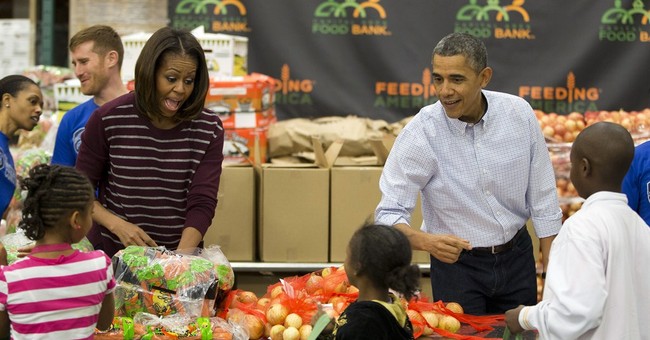 Here is irony: the people who talk the most about the need for a social safety net (including the president himself!) are cheerleaders for a health reform that is going to shred it.

How is that happening? By means of the Affordable Care Act (ObamaCare).

Through the Medicare and Medicaid programs, the federal government provides billions of dollars in subsides every year to hospitals that see a disproportionate number of patients who are poor and uninsured or who are on Medicaid. In both cases the result is the same: hospital revenues fall well short of the cost of care they dispense.

The shortfall is what people in the health policy world call "uncompensated care" and the payments are referred to as "disproportionate share" money.

Readers can be forgiven if they are naturally suspicious of hospital accounting. Just as hospital charges are for the most part phony numbers, so are most estimates of uncompensated care. Still, the is no denying that hospitals like Grady Health in Atlanta and Parkland Memorial in Dallas would not exist, or would not be able to maintain the current level of service, without a great deal of government money.

That's where ObamaCare comes in. One of the ways that the health reform is being funded is through cuts in disproportionate share funding for hospitals. The theory was: if more people ? especially low and moderate income people ? are insured, there will be less need for hospital subsidies. That theory overlooked four important features of the reform, however.

First, half the newly insured will be going into the Medicaid program and Medicaid will continue to pay well below the fees paid by garden variety private insurance. Second, once the newly insured are enrolled in Medicaid, they are likely to double their visits to hospital emergency rooms ? especially those of safety net hospitals. Third, about half the states have not expanded their Medicaid programs (as was originally expected) and that means that millions of people won't even be bringing hospitals Medicaid's fees. Fourth, the private insurance being offered in the new health insurance exchanges doesn't look like a standard BlueCross plan. In order to keep premiums down, insurers are offering very narrow networks of doctors and hospitals that will receive rock bottom payments. In fact, these plans are increasingly referred to as "Medicaid Plus."

Nationwide, the cuts in subsidies will be large. As Sabrina Tavernise reports in The New York Times:

The cuts in subsidies for safety-net hospitals like Memorial — those that deliver a significant amount of care to poor, uninsured or otherwise vulnerable patients — are set to total at least $18 billion through 2020. The government has projected that as much as $22 billion more in Medicare subsidies could be cut by 2019, depending partly on the change in the numbers of uninsured nationally.

This is bad news for safety net hospitals. Grady Health, for example is facing a loss of about $100 billion in annual subsidies. As Tavernise explains:

"A full third of Grady's patients have no insurance, and, if that does not change, the hospital will have no choice but to cut services," said John M. Haupert, Grady's chief executive. "The hospital's large outpatient mental health program, which handles 58,000 visits a year and is critical to keeping poor patients with behavioral problems from seeking treatment in the emergency room, would most likely be hit," Mr. Haupert said.

Memorial Health in Savannah is also facing steep reductions in the subsidies:

Cancer care may be among the services reduced, administrators here said. Memorial is now one of only a few hospitals in the state with a tumor clinic that accepts poor patients without insurance. Many show up coughing blood or having trouble breathing because their cancers have gone untreated for so long.

Almost every proposed solution to this problem involves stopgap, patchwork reforms. Fortunately there is a better way.

For almost two decades now, my colleagues and I at the National Center for Policy Analysis have been proposing an approach that would provide universal coverage and a solution to the safety net problem in one fell swoop. The idea: offer every American a tax credit for health insurance ? in and out of the exchange, at work or away from work. If people turn down the offer and choose to be uninsured, the unclaimed credit would go to safety net institutions in the communities where they live.

When uninsured patients enter hospitals, they would be expected to pay their bills. But if they cannot, unclaimed credit funds would be available to pay for the care.

Under this approach, money follows people. The government would guarantee a certain amount of money for every person. If people choose private insurance, the subsidy would help pay premiums. If people elect to be uninsured, the money would go to the safety net.

Real universal coverage is simple and uncomplicated. It's the halfway measures that are incredibly complex and that leave victims in their wake.