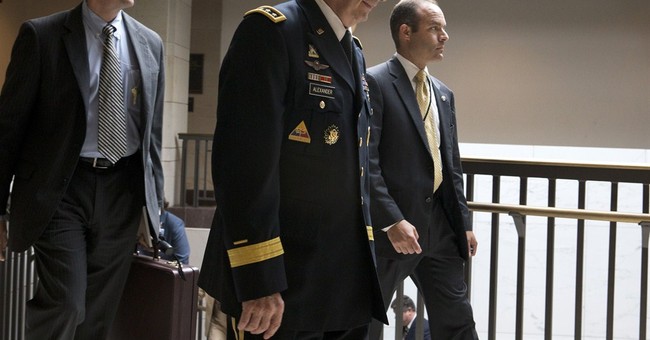 Have you noticed that the revelation about the National Security Agency surveilling our phone calls, our email, our credit cards and other personal information is creating great divisions at both ends of the political spectrum?

It's also revealing that quite a few people have political beliefs that are hard to understand.

On the right, we have Sen. Lindsay Graham (R-SC) ardently defending the NSA's intelligence gathering practices. This is the same senator who opposed background checks for firearms on the theory that such intrusiveness would create a "slippery slope."

On the left, we have the New York Times outraged that its editorial board declared that President Obama has "lost all credibility" on the issue. This is the same newspaper that is perfectly willing to give the government complete control over your health insurance, your retirement pension, and many other aspects of your personal life.

A while back I wrote that conservatism and liberalism are not ideologies. They are sociologies. What's the difference?

Sociologies are different. They represent a set of ideas that are often incoherent. These ideas are likely to come together not because of reason but because of history or happenstance. Not only do the ideas not cohere; they may be completely contradictory.

Still, the fact that political beliefs are incoherent doesn't mean that we can't try to understand them. I'll take on liberalism and save conservatism for another day.

Consider Hollywood liberalism. Hollywood likes big government. It sees government as the protector of the little guy against the forces of selfish business interests and rapacious capitalism.

But when is the last time you saw a movie in which the head of the CIA, NSA or any other government intelligence agency was a likeable guy? Our intelligence agencies are almost always portrayed as amoral, if not downright immoral. Ditto for the missions of our spy agencies.

James Bond movies don't count. Those are the Brits. Hollywood just doesn't like it when American agents do the same things that James Bond does. The only film I can remember that even tries to give the CIA a fair shake would be Zero Dark Thirty, about the killing of Osama Bin Laden. Yet even in that movie I suspect few people left the theater feeling proud to be an American.

Of course, when we are talking about Barack Obama's CIA, the left goes schizophrenic. On the one hand their natural inclination is to defend (or apologize for) just about anything this administration does. On the other hand, few of them view the CIA as an agency that a truly liberal government would even allow. This has been a bad week over at MSNBC.

Hollywood's treatment of the intelligence services isn't that much different from its treatment of the armed services. When is the last time a movie portrayed American soldiers as good guys liberating people around the world? The Green Berets? Before that, you probably have to go back to World War II.

Of course, our guys looked good in Saving Private Ryan, but that movie was about World War II.

I think we're on a roll here, so let's continue. When is the last time you saw a Hollywood movie in which policemen were the good guys? I'm not talking about investigation shows like CSI. I'm talking about shows where guys go out on the beat and protect ordinary citizens from criminals. Dirty Harry? That was almost a half century ago, and even then it was condemned as a fascist movie.

Think about how much good the police do — especially for families who could never afford private security guards to protect themselves? Now think about how much harm the welfare state does. When is the last time you saw a movie in which representatives of the welfare state are portrayed as the bad guys? The last one I remember was A Thousand Clowns. But that was also about 50 years ago.

Here is the pattern that is emerging: The police, the army, and the intelligence services are the parts of government that are engaged in protecting our rights, at least that is the justification for their existence. Just about everything else the government does involves violating our rights.

When it comes right down to it, the left doesn't believe in individual rights. It wants government to do "good things." But rights stand in the way of doing good things.

The left has no sympathy for institutionalized selfishness unless it is their own selfishness that needs protecting (as reflected in freedom of speech and freedom of press). And unless they are defending Barack Obama.