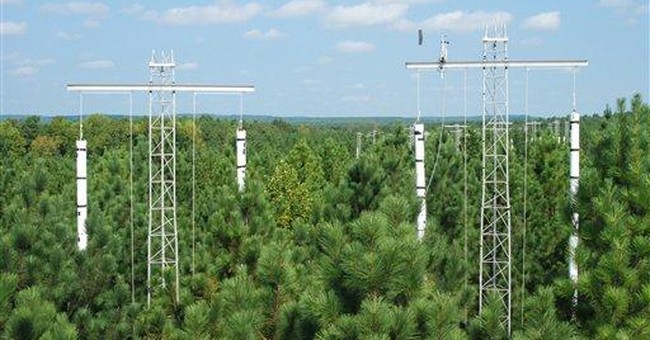 I spoke to President-elect Obama on the phone briefly last week. We had a good conversation. I congratulated him on his historic election as our nation’s 44th President, and expressed my sincere hope that Democrats and Republicans will find ways to work together in the years ahead to adopt real solutions to the problems Americans face in their daily lives.

Energy policy is one area in which I believe the potential for collaboration exists. President-elect Obama has vowed comprehensive energy reform will be among the top priorities of his administration, and he displayed willingness earlier this year to break with the harsh anti-drilling stance held by other Democratic Party leaders and radical anti-energy groups based in Washington.

Republicans are hopeful that we’ll have the opportunity to work with the President-elect to ensure his goal of comprehensive energy reform is realized in a responsible manner that meets our country’s needs. For this reason, I’m troubled by reports that he may reinstate the ban on American energy production in certain federal areas as one of his first acts upon taking office. I would respectfully urge the incoming president against such action.

As a candidate for the presidency, President-elect Obama demonstrated leadership by breaking with his party’s other leaders on the issue of offshore drilling. Last August, in the midst of the House GOP energy protest on the House floor, he announced he would be willing to support lifting the ban on offshore drilling if it were necessary to pass a “comprehensive energy policy that can bring down gas prices,” echoing pro-energy Republicans who were calling for an end to the ban as part of a comprehensive “all of the above” approach to energy reform. Weeks later, Speaker Nancy Pelosi (D-CA), who previously had shut down the annual appropriations process in the House in an effort to prevent the ban from being lifted, abandoned her efforts and permitted the lifting of outdated moratoria on energy production both far off our shores and in remote lands in the Inter-Mountain West.

This development was applauded by most Americans, a clear majority of whom oppose the ban. Some in Washington were displeased, however. Responding to anger from powerful special interest groups who contributed heavily to Democratic political campaigns this fall, House Majority Leader Steny Hoyer (D-MD) promised that reinstating the ban “will be a top priority for discussion next year” in the 111th Congress, and Senate Majority Leader Harry Reid (D-NV) tried unsuccessfully to reinstate part of the ban via the year-end continuing resolution.

In breaking with his party’s other leaders last August on the issue of offshore drilling, then-candidate Obama signaled he would be willing to put the needs of the country first on this key issue as President. As he reviews the possibility of reinstating the ban in the coming days, I would urge him to hold firm and continue to side with the American people on this important issue for our country’s future.

Reinstating the ban would delay our nation’s transition to energy independence, inhibit progress toward widespread use of alternative and renewable energy, destroy jobs, increase costs for families and small businesses, and make our country less secure. It would also run counter to the views of a majority of Americans, who are struggling in the current economy and remain worried about our nation’s dependence on foreign oil and our vulnerability to dramatic gas price spikes despite the recent decline in prices at the pump.

The energy crunch of 2008 alerted the nation to the consequences of ill-conceived limits on domestic energy production that force us to be reliant on foreign oil. While gas prices have temporarily dropped, they will certainly rise again, quite possibly to levels higher than Americans experienced last summer.

Our nation’s energy challenges must be answered responsibly and aggressively. This means abolishing federal bans on domestic energy production, giving the green light to environmentally-responsible drilling in previously untapped areas, and using a share of the revenues from such drilling to expand the development and use of clean, renewable energy systems.

One of the great accomplishments of the 111th Congress and President-elect Obama’s initial years in office could be the implementation of an “all of the above” energy strategy that bolsters American-made energy, encourages conservation and efficiency, and promotes the use of renewable and alternative fuels. Ending the energy production ban is a cornerstone of such a solution. Reinstating the ban would be a setback for hopes of cooperation on this vital issue for our country’s future.