Who's President Isn't The Main Thing 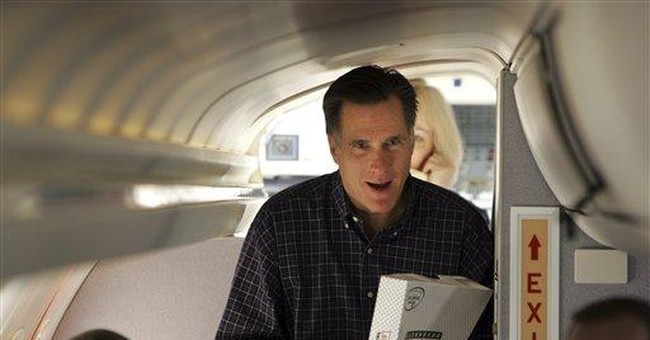 Who do you like for President? Many Americans this year seem inclined to answer that question with another: What’s today? The polls are volatile. We’ve already seen surprises, and we’ll see more.

This was going to be a column endorsing Romney. The straight-arrow entrepreneur is my guy. If Mitt quits, I’m for gruff Fred Thompson. I was also going to say that McCain and Huckabee, big-government egotists, are my least favorite – though preferable to any Democrat.

As it turns out, I’m not here to tell you any of that. (Notice the deft use of paralipsis, the rhetorical trick of mentioning something by claiming not to. “Won’t make an issue of my opponent’s youth and inexperience,” as Reagan quipped in 1984. Huck similarly backhanded Romney with that Iowa attack ad he “decided not to air.” Isn’t politics fun?)

It is in fact the fun of politics, the seductive, addictive, distracting, and potentially debilitating nature of this great spectator sport, this endlessly entertaining circus of something for nothing, that I want to warn all of us about, me included, before election year 2008 gets any crazier – which you know it will.

Why seductive? Why debilitating? Because politics, the allocation and application of government power, is not the main thing for individuals and communities in a free society. The main thing is personal effort, self-responsibility, and the uplifting of the human spirit. Political decisions are no more than a means to that end, never an end in themselves.

It is too easy to think otherwise, however, lazy and careless creatures that we are. “You’re from the government, and you have to help me,” we demand – overlooking what an old laugh line we’ve just uttered. Forgotten are the ten most empowering words in the language: “If it is to be, it is up to me.” So subtly does political seduction occur.

They may throw me out of the Republican Party for saying this, but here goes: In many ways, it doesn’t matter who is elected President next fall. America’s national security, economic vitality, and adherence to justice are of tremendous importance to our own people and the world, no question. The two parties differ honorably about these.

But my side isn’t all wisdom and saints, nor is the other all folly and scoundrels. Whoever wins will govern largely between the 40-yard lines. While Sen. Clinton or Sen. Obama in the White House isn’t my preference, even less than Sen. McCain, the country will be okay. Talk of ruin is moonshine. Great nations can withstand a lot of “ruin,” observed Adam Smith.

The seduction of politics, which we must have the backbone to resist, happens when citizens – on the left or the right, both are susceptible – regard agencies and laws, taxes and budgets, as a magic box from which solutions to imperfection and scarcity can be expected. No such solutions exist, and we court moral bankruptcy by banking on them.

Freedom won’t work unless enough of us practice four essentials of citizenship, writes Thomas Krannawitter of the Claremont Institute. We need self-assertion to defend our liberties, self-restraint to behave responsibly, self-reliance to avert dependency, and civic knowledge to participate constructively. Simple, aren’t they? Yet far from easy.

And now consider how poorly these qualities are fostered today by many of our nation’s families, schools, corporations, media, entertainers, government programs, and even churches. Think how often candidates and campaigns promote the exact opposite: passivity, indulgence, blaming, and sloganeering. That road does lead to ruin.

Alexander Hamilton said America is an experiment in governing ourselves by “reflection and choice” rather than “accident and force.” More important than who’s elected this year is how we go about it. Are we a stampeding herd or a free people, choosing reflectively? The world is watching.