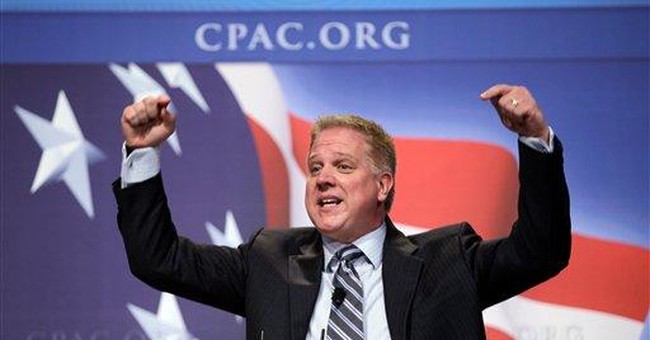 With attendance bursting at the seams, this year’s Conservative Political Action Conference clearly benefited from the new recruits and fresh energy stirred up by the nascent tea party movement.

But the secret ingredient to the enormous success of this year’s largest-ever CPAC was the steady hand of experienced leadership behind the scenes that ensured everything went smoothly. It is precisely that kind of skillful guidance that will be needed for the tea party movement to coalesce and realize its enormous potential.

Spontaneous, grassroots uprisings are exhilarating and the tea parties and health care townhalls last year helped flatten the Democratic surge. And Scott Brown effectively tapped into the energy source for his stunning victory last month in Massachusetts. That was just one race, however, and it was the sole focus of the nation for its last week.

Nationwide Congressional elections this November are the playing field of established parties with infrastructure and truckloads of cash. That doesn’t mean the tea partiers won’t be able to exert leverage on the races, but giving proper voice to those disaffected by big government and irresponsible politicians will require leadership and sophisticated organizing.

The conservative movement—groups ranging from Americans for Tax Reform and the Heritage Foundation to the National Rifle Association—helped pave the way for the tea party revolt of 2009. And conservative activists, including supporters of these longstanding grassroots groups, comprised a large percentage of the attendees at tea parties.

But how exactly the energy, message and political newcomers generated by tea parties transforms into a part of the conservative movement or the GOP hasn’t yet been sorted out. Based on talking to CPAC attendees, it’s safe to say that at least several thousand of them went to a tea party or health care townhall.

If attendance at CPAC is any indication, the Republican National Committee isn’t much interested in interacting with and listening to motivated conservative activists. RNC Chairman Michael Steele spoke at CPAC, but according to former Michigan GOP Chairman Saul Anuzis, of the 168 RNC national committee members, only three spent real time at the conference.

As the tea parties have uniformly expressed, they have no desire to be co-opted; but it is obvious that they feel ignored by both political parties. Many elected GOP officials, such as Rep. Paul Ryan of Wisconsin and Sen. Tom Coburn of Oklahoma, have been working diligently to bring core conservative principles back into the fabric of the party.

It would seem, though, that the official Republican Party apparatus would need to take every opportunity to engage tea partiers and other disaffected conservatives. Arizona GOP Chairman Randy Pullen and California GOP Chairman Ron Nehring were there, actively interacting with the CPAC attendees—but no other state chairmen were. David Norcross of New Jersey, who is a solid conservative, was the only other national committee member even there.

The answer for the tea party movement isn’t necessarily to anoint a single leader, either. “They have 50-plus leaders; it’s entrepreneurial organization,” explains Anuzis, who ran last year for the RNC chairmanship and has attended CPAC for years. “Their trick is to ask, ‘What do we do to force Republican candidates or any candidates to earn our support?’”

In the coming months, those activists seeking to change the direction of government will face the same challenges as all burgeoning movements. Enthusiasm is aplenty, but what about focus and leadership? Supporters of the failed White House candidacies of Barry Goldwater in 1968 and Ronald Reagan in 1976 ended up remaking the GOP, and then they incorporated the Christian conservatives awakened by Pat Robertson’s presidential bid in 1988.

If the tea partiers doubt the importance of experienced hands steering the ship, they should look at the incredible success of this year’s CPAC. Many things could have spiraled out of control, yet these possible flare-ups ended up as minor blips.

One buzzed-about example came on Friday afternoon when one student “condemned” CPAC for allowing a conservative gay rights group to co-sponsor the conference. After he was booed off the stage, CPAC vice-chairwoman Millie Hallow, one of the most under-appreciated women in Washington, then took the podium and reminded the crowd that CPAC allows for “freedom of opinion.” Normalcy soon returned.

CPAC has actually had the same leadership team in place for several years running. American Conservative Union Chairman David Keene has attended over 30 CPACs, and this was his 26th year as chairman of the event. In addition to defusing a potentially volatile situation, 15-year veteran Hallow also stage-managed the big dinners, both of which went smoothly and ended on time. Lisa DePasquale excelled in her fourth go-around as CPAC Director, building a schedule with broad appeal. CPAC Communications Director Ian Walters was working his 13th CPAC, and somehow (yet again) managed to help generate overall positive press in the mainstream media—no small feat.

Because of the experienced team planning and managing CPAC, the event moved to a bigger hotel to handle its expanded attendance of 10,000, without skipping a beat. And the squabbles inherent to politics were kept at a minimum, while attendees networked furiously and generally enjoyed themselves. All of which could pay enormous dividends this November.

For their sake, let’s hope the tea partiers were taking notes at CPAC.