Why Donald Trump Should Call Me

Joel Goodman
|
Posted: Nov 29, 2016 12:21 PM
Share   Tweet
The opinions expressed by columnists are their own and do not necessarily represent the views of Townhall.com. 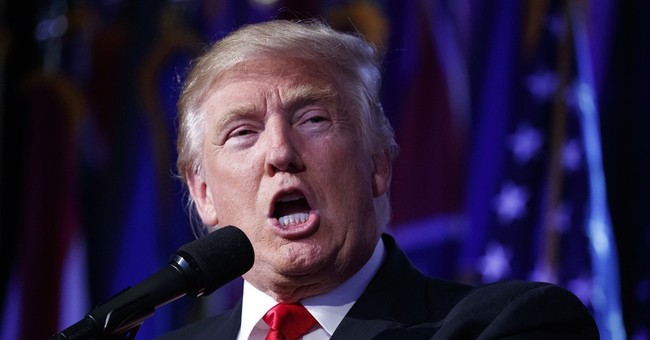 There are a myriad number of ways to reduce the footprint of the Federal government, reduce its spending and get it out of our daily consciousness. We hear about a million dollars here and $500 million there - and that those small amounts won't make a difference. But, these sums of money represent both sheer waste and a multitude of programs that accost us on a daily basis. While large scale reform is needed by shutting down entire departments, agencies and large scale programs, I'm all for looking at million dollar chump change items - like eliminating spending on things like Congressional and Presidential pensions. I don't need paid-for-life elected officials. I don't need thousands of people working in the White House. I don't need the expense of the DOJ overseeing local police. Every department throughout government needs to be trimmed. There's always talk about keeping taxpayer money in the private sector. I'd like to keep Federal employees in the private sector.

The other day I wanted to research the Congressional Record for 1981. It's not on-line. But, I found some costly Government imprint about the history of Muslims in America, and how to treat them. The Federal government didn't feel the need to tell anyone about my Russian Jewish Grandmother who came over in steerage, and how to behave towards her. And, she survived.

One day when you feel like getting angry, look at these linked lists of Federal waste and useless government publications. I am tired of thousands of costly Public Service messages that tell me how to behave towards women, how to live my life safely, that tell me not to use drugs, that let me know how lucky I am to live in a diverse neighborhood, or how dangerous a gun is in a house. And, if NPR wants to broadcast its touchy feely Leftist messages, let it get sponsors like everyone else.

I know things can be changed.

In my youth I was the manager of a hotel in New York City that had seen more glorious days. Early on, one of the partners saw me in my dungarees and remarked that I needed to wear a suit. I said when the hotel warranted me in a suit, rather than dungarees, I'd don the suit. With the staff's help, after four months I knew every inch of the hotel from the basement to the roof. I improved the hotel’s operation and it made more money because I knew the hotel.

When I look at our president arriving in his jumbo jet, all prim and cheerful while "Rome burns", giving some unnecessary speech somewhere, costing a few million, it makes me think that maybe it would be better if the president put on a pair of jeans, toured every department in the federal government, studied every dollar budgeted and got to know the country.

I don't expect the new president to visit every federal office and installation to see what is actually going on - but he needs to hire someone who will.

Someone who has been oriented to Washington for a good part of their career really can't share the experience of an average American. They don't know the effects of federal legislation on the average person or business.

For example, I doubt anyone around Trump is aware of the $2,500 yearly State Department licensing fee that is required in order to manufacture a few sample firearms - even if there is no intent to export; or, the $300 Custom's Agency per shipment fee, regardless of how small the shipment is, to send empty brass or bullets or other inert gun parts overseas. There are thousands of executive regulations like these hindering millions of businesses.

When it comes to National Security, I'll defer to President Trump, as his Cabinet choices seem to have solid military experience. While I have my opinions on foreign policy, again, I am not privy to the secret machinations going on behind the scenes.

But, when it comes to matters that affect the citizen's ability to earn and spend and stay healthy, while Trump has been credited with sound business acumen, he is the first to admit that he is knowledgeable at playing the system as it now exists.

So far, his proposed policies offer no truly great change - especially no change towards our republican roots.

If the goal were, (and I say "if" - because I don't know what Trump's goal is) to bring us back to a more frugal republican form of government, then now is the opportunity to reinstitute effective legislation that has been eliminated and pass new legislation that adds no great weight to the federal government.

For example - there are proposals like a Threshold Based National Sales Tax that makes the already proposed Fair Tax more progressive and completely eliminates personal and business income taxes; a Comparative Production Cost Equalizing Tariff, which does not target any particular industry nor is punitive against any nation in particular, but would level the international playing field, and includes a small base tariff that would aid in funding the Federal Government as was done at the start of the country; an Immigration Policy concomitant with a detailed Deportation Program and a realistic Guest Worker Program with mandated Safeguards, coupled with an Executive Restatement of the 14th Amendment to put its application back in line with its original intent - so it does not continue to serve as a way for pregnant Chinese tourists and illegal Mexicans to drop new born citizens in our country.

There are proposals that would guarantee basic health care to all U.S. citizens, that are less privacy invasive, less bureaucratic, that don't require a doctor to have a large clerical staff and would cost less than today's government subsidized programs like Medicare and Medicaid.

The list is endless. The job is necessary. But first, Trump has to call me. I still have a pair of dungarees.