I Faced This Terrorist and Kept Him in Prison: Lopez Not a 'Political Prisoner'

Joe Connor
|
Posted: May 20, 2016 1:01 PM
Share   Tweet
The opinions expressed by columnists are their own and do not necessarily represent the views of Townhall.com. 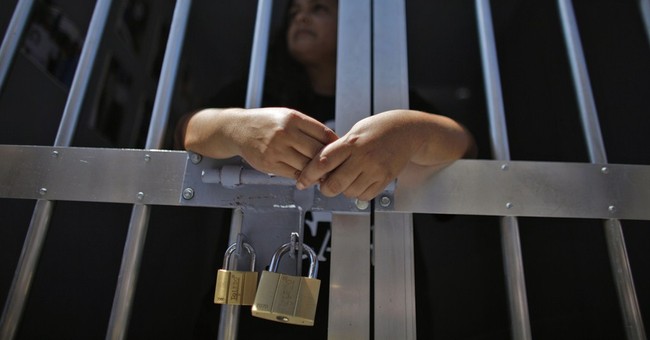 Oscar Lopez is in no way a “political prisoner” but, rather, a remorseless, convicted terrorist who was, during the 1970s and 1980s, a leader of the Armed Forces of Puerto Rican National Liberation, or “FALN”, the most active domestic terrorist organization in American history. Among its numerous violent acts was the planting of a bomb during a busy Friday lunch hour in Fraunces Tavern in January 1975 that murdered four men, including my father Frank Connor, on the very day our family was to celebrate my ninth birthday.

Sanders’ pandering remarks to a Puerto Rican crowd conveniently ignored Lopez’s violent past. Before his arrest in May 1981, Lopez had been personally involved in numerous bombing and incendiary attacks, was a prime recruiter for members of the FALN, and was a key trainer in bombing, sabotage and other techniques of guerrilla warfare. A cooperating witness testified at his trial that Lopez taught him how to make bomb detonation devices and gun silencers. After Lopez’s capture, in his residence the FBI found a large quantity of dynamite and blasting caps. Lopez was convicted of numerous violent felonies, including possession of an unregistered firearm, conspiracy to transport explosives with the intent to kill and injure people and to destroy government buildings and property, and aiding and abetting travel in interstate commerce to carry out arson.

And imprisonment was not the end to Lopez’s criminal activity. While in Leavenworth Penitentiary, he masterminded two plots to break out of prison, the second of which involved forcing a helicopter pilot to land in the prison yard, with grenades, rifle fire, and explosives to be used to deter guards from taking action to prevent the escape. Lopez further instructed his compatriots to murder the seller of the weapons and equipment if he didn’t give them a fair price.

Also not mentioned by Senator Sanders was that Lopez already had been offered clemency, in 1999 by President Clinton most certainly to connect then senate candidate Hillary Clinton to New York’s Hispanic community.  The Clintons and then Deputy Attorney General Eric Holder played Russian Roulette with the American people.  Lopez refused the 1999 offer, one of the conditions of which would have required him to renounce violence.

In January 2011, I faced Lopez at a two-hour parole hearing at the federal prison in Terre Haute Indiana, during which he was afforded multiple opportunities to express his remorse and attempt to reconcile with the victims and their families. Instead, even with his very freedom at stake, he provided nothing more than lies, rambling obfuscations, and political diatribes, blaming everyone but himself and offering childish rationalizations for his career in the FALN and his prison escape attempts. I was hoping for something good in him that I could cling to, something that would bring my family some “closure”, something that would allow me to forgive; to consent to his release.  But there was nothing there. The hearing examiner’s recommendation that parole be denied was upheld by the United States Parole Commission, which informed Lopez of its conclusion that he was “a more serious risk than indicated by the guidelines in that you were one of the recognized leaders of the FALN…Your release on parole would promote disrespect for the law and you should serve the remainder of your aggregate Federal sentence.”

Mercy and forgiveness are important qualities for a society to demonstrate, but not at the cost of justice. As my mother, who lost the opportunity to grow old with her first love, has said publicly, “If Oscar Lopez showed any remorse for his part in planting the bomb that killed my husband, I would be willing to forgive him. But, no such words have passed his lips.”

To Bernie Sanders and the Clintons justice is only meant for the criminals and for political points, while the rest of us be damned.