Jill Stanek
|
Posted: May 03, 2019 12:01 AM
Share   Tweet
The opinions expressed by columnists are their own and do not necessarily represent the views of Townhall.com. 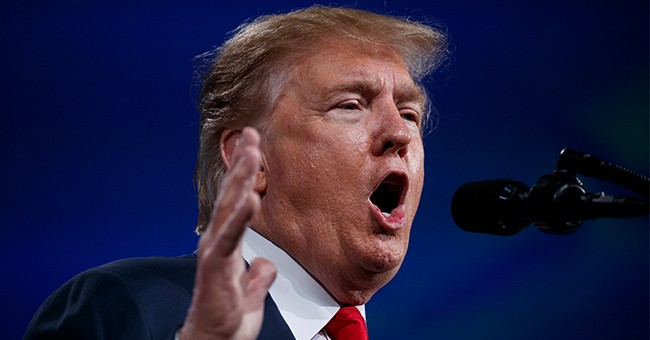 At a rally in the key swing state of Wisconsin this past Saturday, President Trump took another opportunity to expose the Democratic Party’s extreme agenda of abortion on demand through birth and infanticide. He called out Governor Tony Evers for promising to veto legislation to protect babies born alive in failed abortions, which the governor dismissed as “not a productive use of time.”

In his typical vivid manner, President Trump painted a scene: “The baby is born. The mother meets with the doctor. They take care of the baby. They wrap the baby beautifully. And then the doctor and the mother determine whether or not they will execute the baby.”

Mainstream media reporters were apoplectic over the word “execute” and accused the president of lying, but they lose all credibility denying that babies survive abortions and are vulnerable to medical abandonment or outright killing. I know this personally. I was a registered nurse at Christ Hospital in Oak Lawn, Illinois when I learned it committed late-term abortions, and sometimes babies survived, in which case they were abandoned in the soiled utility room to die.

One night, when a co-worker was taking a survivor to the soiled utility room, I could not bear the thought of this suffering child dying alone, so I rocked him for the 45 minutes he lived. He was almost 22 weeks old and had been aborted because he had Down syndrome. That experience transformed me into a pro-life activist. After I went public, the hospital fired me.

At his rally, President Trump was simply paraphrasing Virginia Governor Ralph Northam – a pediatric neurologist – who earlier this year described in an interview how doctors still abandon unwanted newborns to die, 20 years after my experience. These are Northam’s actual words pertaining to a baby who survives a third-trimester abortion: “The infant would be delivered. The infant would be kept comfortable. The infant would be resuscitated if that’s what the mother and the family desired, and then a discussion would ensue between the physicians and the mother.”

Northam’s depiction hit painfully close to home. The key words are “if” and “discussion.” Both parts of Northam’s two-step decision process are a potential death sentence to the baby. “If” resuscitated, she will temporarily receive life-sustaining oxygen and medical treatment to buy time for the mother and doctor to make a more deliberated decision whether to continue. If not resuscitated, the baby is being marked for death – usually by asphyxiation the first time, or by asphyxiation, organ failure, dehydration, or starvation the second time. No infant deserves this.

Thanks to Northam’s unguarded comments and President Trump’s persistence, Americans are waking up to this awful reality. They and their representatives are demanding change.

Meanwhile, extremist Democrat governors and Democratic Party leaders in Congress turn a deaf ear to the plight of these little ones and the outcry of their constituents. In Montana, Governor Steve Bullock has not committed to sign legislation that would protect abortion survivors. In North Carolina, Governor Roy Cooper vetoed a born-alive bill even after a state legislator testified that she had seen aborted babies who’d been born alive and drowned in buckets of saline. Abortion extremists would like the public to think survivors don’t exist, but according to the CDC’s nationwide statistics at least 143 babies died after being born alive in failed abortions between 2003 and 2014 – and that is likely an underestimate. In fact, a new report from Florida shows that at least six babies were born alive during abortions in that state in 2018. The report does not indicate what happened to them.

This is why Congress must act urgently. Republican Whip Steve Scalise has filed a discharge petition to overcome the obstruction of Nancy Pelosi and pro-abortion House Democrats who are blocking a vote on the Born-Alive Abortion Survivors Protection Act, a common-ground bill supported by 77 percent of Americans, including 70 percent of Democrats. If 218 members sign the discharge petition, it will force a vote by the full House. Every member of Congress ought to go on record and show their constituents where they stand on infanticide – and if they won’t oppose it, they should be voted out. This will be a critical election issue.

President Trump is correct. The definition of “execute” is “to carry out a death sentence on a legally condemned person.” Abortion proponents who defend Northam’s remarks should own the word, because it’s apt.

The only alternative, if one believes this abhorrent practice should be clearly condemned in our laws, is “murder.”