Joe Miller Dances Between GOP Establishment And The Tea Party 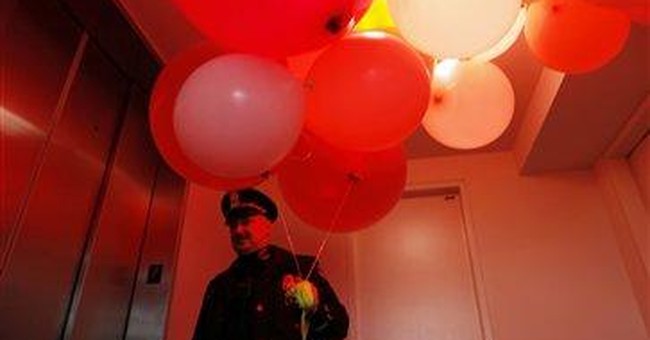 Joe Miller, the GOP’s newly-minted Alaska Senate nominee, has a delicate and arguably astute take on official Republican leadership and campaign arms. What’s interesting is that his takes on the more rogue, tea-partyish elements of the Republican Party are just the same.

He speaks about the National Republican Senatorial Committee, which endorsed Murkowski until he beat her, just as cautiously as he speaks about Christine O’Donnell, the underdog GOP nominee for the Delaware Senate race who many believe to be “the next Joe Miller.” He talks about Republican Leader Mitch McConnell just as cautiously as he does about Sarah Palin, who arguably propelled him to his unlikely victory against incumbent Alaska Sen. Lisa Murkowski last week.

“I am completely my own person. I don’t agree with Governor Palin on everything, she doesn’t agree with me on everything. I supported the Governor…. She clearly supports my candidacy, but this is my own race, and it’s been conducted independent of Palin,” said Miller, of the 2008 GOP Vice Presidential nominee. Miller had similarly non-committal statements when asked about Sen. McConnell.

“I think that the future of the Republican Party is contingent on embracing the ideals that are being advocated by the voters this fall, and that is: we have to limit the federal government,” he said.

When asked whether McConnell embraced those ideals, he replied, “You’ll have to ask him.”

Like Miller, O’Donnell is enjoying an influx of cash from the Tea Party Express, which may allow her to unseat incumbent GOP Sen. Mike Castle the same way Miller used the cash to unseat Murkowski. Like Miller was in his primary, O’Donnell is considered a long-shot bid that is the perfect embodiment of the Republican Party’s establishment and tea party-ish factions.

“I haven’t had an opportunity to look at her campaign, but it certainly seems like a race that is similar to the one we had. The tea party supports her, and of course that gives her a high degree of authenticity in the race,” said Miller of O’Donnell. “This is an extraordinary time. If you look at the outside elections that have occurred, [voters] are very alert to what’s going on, and this time they’re looking for change in the right direction.”

Flipping around once more, Miller spoke hesitantly about his support for the NRSC, who opposed him in his primary the same way it’s opposing O’Donnell in hers.

“I expect that the Republican Party will embrace… the movement. [I hope that it will] persuade Republicans to take this opportunity, and to be real leaders…to direct this country back where it needs to go,” he said of the NRSC.

What’s clear is that this out-of-nowhere conservative star isn’t willing to be classified by anyone except the constituents who are voting for him. So far, it’s been a winning strategy, stealing the Republican primary out from under his opponent and leading his Democratic challenger, Scott McAdams, by six points in the most recent poll from Rasmussen.