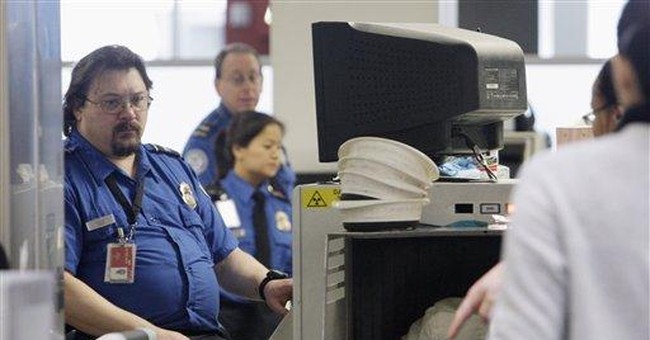 The Rosetta Stone language education company will take in almost $1.7 million from its contract with the Transportation Security Administration, serving over 28,000 TSA employees. But each of those employees has only completed an average 2.5 hours of learning with the program, according to the TSA.

That boils down to about $60 per employee, or $24 an hour for two and a half hours of lessons – a figure that is more than reasonable for professional instruction. The issue is whether those 2.5 hours are worth the cost. What linguistic knowledge is actually being imparted in that short a period of time, and why would tens of thousands of employees have a need for it?

TSA represents a fraction of a percent of the total government contracts held by Rosetta, meaning that these sorts of questions have a much larger scope. For example, the entirety of the U.S. Army has free access to Rosetta, with over a million people eligible to sign up. While the Army’s pricing could be significantly less than TSA’s pricing – perhaps just a few dollars a person – it still represents a major expense to the U.S. taxpayer.

“$24 an hour for language is not bad,” said Seton Motley, head of the nonprofit organization Less Government. “But the issue is how many people are doing it, and why are they doing it. It’s tough to imagine that 28,000 people in TSA would require language skills to complete their jobs.”

“From a cost standpoint, what we do is fantastic,” he said. “I think the bigger waste is the amount of money that gets poured into classroom training.”

That training, he said, can run from $2,000-$10,000 a head. Rumpel also disputed the original numbers provided by TSA about the cost and completion rates of their program, but declined to provide alternative numbers.

“Our goal is to develop a highly effective language learning program where every employee can engage and learn at their own pace, at a good price,” he said.

Other agencies that utilize Rosetta Stone, such as NASA, don’t even track the number of hours completed – they simply purchase a bulk of licenses without bothering to evaluate the completion rates. For example, NASA paid $54,000 for 400 one-year licenses, and has no record of any employee completing a single hour of training.

Immigration and Customs Enforcement (ICE) had 10,000 of their employees use Rosetta. Information on cost was not readily available, and information on hours completed simply didn’t exist, said said Pat Reilly, at ICE’s public affairs office.

TSA defended its use of Rosetta, saying that the training was necessary for the agency to carry out its mission.

“TSA employees nationwide requested the training program in order to better communicate with members of the traveling public that may have difficulty communicating in English, thereby enhancing TSA's commitment to provide security that maintains the dignity of all passengers,” said Sarah Horowitz, in TSA’s public affairs office.

Rumpel had similar sentiments, claiming that there was intrinsic value of having language instruction be a part of government operations. His company’s software provided the best option for a nation in dire need of greater language proficiency.

“The program works, the users in general give tremendous feedback, and it is something that can be used…during the workday, or after-hours,” said Rumpel. “We spent a lot of time with the government corporations on why a program like Rosetta stone actually has a much greater return on investment on many things done to date.”

He also took a potshot at the way TSA had run the program.

“We don’t pretend to know how TSA runs their business day in and day out,” he said. “Their might be another focus areas, or initiative – a new chemical they have to investigate… there are a number of things they must prioritize.”

Program costs for private Rosetta purchasers can run between $540 and $1,000 for a full-length program; Rumpel insisted that steep discounts for the government were due to the high volume of licenses sold, and Rosetta’s sensitivity to areas of need such as educational institutions and government workers. Steep discounts were not given, he said, to entice government purchasers into thinking they were getting a deal.

Rumpel also pointed out that the benefits of even limited Rosetta Stone use could be worth the cost. If an employee shows an aptitude for languages, then more advanced, costly instruction could be given to him or her, without taking a risk on a pricey brick-and-mortar course at the very beginning.