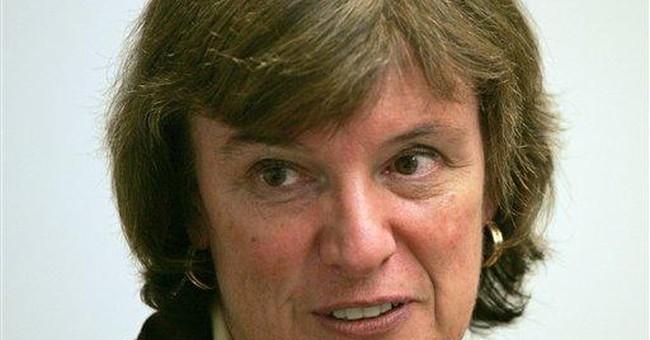 Rep. Shea-Porter (D-N.H.) is going to have a tough time sleeping tonight. That’s because a new poll is set to be released on her upcoming re-election bid.

Most analysts expect it to show even more damning results than her last poll, which showed that she would lose to no less than four GOP competitors in a hypothetical November matchup. Even more telling was that the Congresswoman couldn’t break 40% against any of those competitors.

It’s too early to say that she’s toast, but “lightly toasted” certainly isn’t an exaggeration. Shea-Porter’s vote for the health care bill was a monumental mistake that caused her favorability ratings to drop from +11% in October to -5% in November, according to a Granite State poll. That means 35% of New Hampshire residents currently view her favorably and 40% don’t.

Those popularity ratings are compounded by the extensive negative press Shea-Porter has received over a series of downright ridiculous speeches and interviews, which have been sliced and diced on YouTube to produce one of the most outrageous conglomerations of verbal gaffes in political history.

From Shea-Porter, we got the infamous bathroom quote, where she stated that in the womens’ bathroom in Congress, both Republican and Democratic women sat around talking about how the male Members of Congress are screwing up the health care bill.

We also get the comment that “the Constitution did not cover everything,” which she used to rebut a radio caller’s question as to the Constitutionality of the health care bill. In the same breath, she insisted that the Constitution does not say the government “should look at airplanes and make sure they’re safe to get on.”

Shea-Porter, a second-term Congresswoman, won her election on a fluke. Moderate Republicans have recently carried the area, which has a slightly more conservative bent than surrounding northeastern districts. But New Englanders don’t like war. And Shea-Porter ran on an almost exclusively anti-war platform. Now the economy and health care are paramount, and there is a solidly anti-incumbent flavor to the elections.

Another enormous liability for Shea-Porter is the way she treated her constituents during the town hall frenzy. As one primary candidate in the race, Frank Guinta points out, it took Shea-Porter two weeks announce her town hall meeting after she came home from recess last August, and that announcement was only made after she received significant political pressure. During the event, one of her staffers held an egg timer – documented on camera – to make sure her constituents were only allowed to air their grievances in appropriate amounts of time.

“Nationally, all the members of Congress were coming home, people were giving their opinions rather sternly of health care. And Carol didn't announce that she was going to hold a town hall meeting,” said Guinta, a candidate who had been serving as the mayor of Manchester at the time. So, using his platform as Mayor, Guinta announced that he was going to hold a town hall – at which point Shea-Porter decided it would be a good time for her to hold one, too.

Robert Bestani, a Stanford professor with a history in the financial industry and another GOP primary candidate, says Shea-Porter just doesn’t fit the district.

“She's really a one-trick pony. She ran against the war in 2006 and managed to get into office on that basis,” said Bestani. “She has no qualifications for the position, and it shows, I think.”

“It’s been my sense that she's been oblivious to the concerns of voters in this district,” said Bestani. “That's translating itself into lack of popularity.”

The fourth major player in the GOP primary, Sean Mahoney, is a communications executive and was polling 32-19 against Shea-Porter.