2010: Highlighting the GOP's Prospects at the SRLC 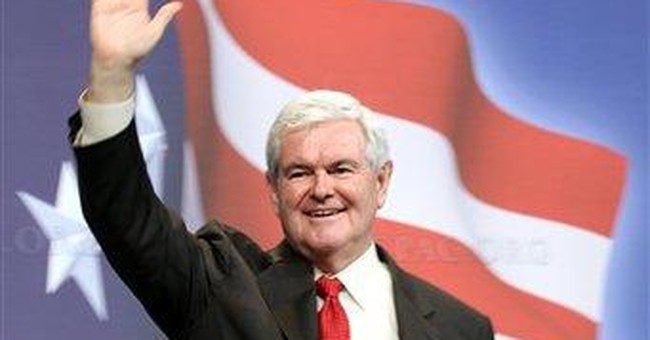 The three themes of SRLC are: repeal the health care bill, remain The Party of No, and repair the Republican brand. Oh, and, win every election in sight.

"People are starting to wake up," said Texas Governor Rick Perry. "Thank God, we have come out of that fog, and we haven't landed yet, but we see the airport."

Again and again, speakers referenced the importance of the 2010 mid-terms. Strategy, money, policy, outreach, personality, women, bourbon - you name it, and it was cited as a possible factor in influencing November. But repealing health care, saying no - preferable, "heck" no, in the words of Bobby Jindal - and rebuilding the Republican party came up again and again.

The "saying no" theme was only interrupted by Newt Gingrich, who used his SRLC platform to say that the GOP needed to transform itself into "the party of yes." Skeptics wondered that every other speaker emphasizing just the opposite was a sort of rebuke to Newt, who has an uphill battle ahead of him if he is to make a 2012 presidential run.

Rebuilding the GOP brand was attacked by nearly every speaker, especially by Sarah Palin, who delivered a strongly-worded rebuke to the GOP's current state of affairs.

"Some of us, part of the tea party movement, are what we used to call Reagan democrats, are just independents, just lovers of this country, are so proud, but are now... deeply concerned about our country," said Sarah Palin. "Some of them are concerned about our party, our GOP."

Former Congressman J.C. Watts was another speaker who emphasized the transitional nature of the GOP.

"I believe so many Americans have gotten this skewed version of what politics are over the last 6-8 years," said Watts. "We've got a generation of Americans that don't remember when a blackberry was a fruit."

"I don't think that in any way its going to be an easy task, but it's doable," said one participant, from Jesu City, Mississippi. She was in her mid-thirties and thought that SRLC was mostly there to see Bobby Jindal speak.

A number of panelists, such as Jan Larimer, Co-Chairman of the Republican National Committee, had strong feelings about the ability of the GOP to take back the other cycle, especially given the support from women.

"I think women are going to have a huge hand to play. Women are so engaged in Obamacare, and the future that is being left for their future and grandchildren," said Larimer. "If you look at the Tea Party movement - I was involved in the march on D.C. There were a lot of women there... we're going to have an incredible cycle."

Optimism was palpable as participants ate up appearances from half a dozen governors and Congressmen, and staked out choice eateries in the French Quarter. But Louisiana Gov. Bobby Jindal had one word of advice: stay away from Bourbon Street, known for its strip clubs and gambling.

"A word of advice to GOP staffers, you may want to stay away from Bourbon Street. Just a little advice," he said.