Racial Quotas and the Stimulus 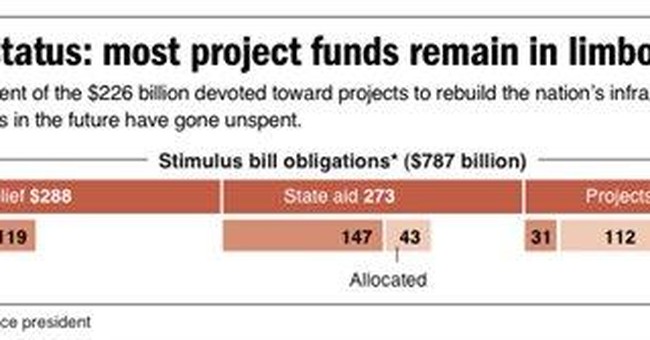 News broke over the weekend that minorities are receiving less than 2% of the contracts awarded by the federal government with stimulus money.

Some people think that’s a non-issue, because they believe that racial quotas are unfair and discriminatory.

“I believe that no distinctions can be made on the basis of race,” said Scott Detamore, a managing attorney at the Mountain States Legal Foundation. “So far it doesn’t appear that the federal government has committed overt discrimination.”

Others think it’s a huge issue, and that awarding contracts based on race is not discriminatory.

“These numbers are far too low… especially when compared with state and federal goals," said Laura Barrett, director of the Transportation Equity Network, in a comment to the AP. "The businesses and communities that need federal dollars most are seeing the least."

As a result, the rates of minority-owned businesses obtaining stimulus contracts is unaffected by any superficial regulations imposed by Uncle Sam. Marie Gryphon, a Senior Fellow with the Center for Legal Policy at the Manhattan Institute, says that’s probably a result of the size and scope of many minority businesses.

“I don’t doubt that there are still some ‘good old boy’ networks out there that can make it unfairly difficult for minority firms to compete for contracts, but... a large proportion of all small businesses in the U.S. are what are called ‘sole proprietorships.’ These businesses that are literally one-man or one-woman shows; they have no employees,” said Gryphon. “A disproportionately large share of minority-owned businesses fall into this category and are simply too small to compete for construction contracts and similar big jobs.”

Numbers could be even more misleading given individual statistics for different agencies. Six percent of the $16.9 billion in contracts awarded by the Federal Highway Administration were given to “disadvantaged” groups, and 7.8% of the 1.1 billion in Federal Aviation Administration contracts were given to “disadvantaged” individuals, according to Transportation Department figures.

Edward Blum, a scholar at the American Enterprise Institute, had an explanation for that, too.

“These [racial] set-asides, beginning about 25 or 30 years ago, metasticized from just focusing on race and ethnicity to include women owned businesses,” said Blum. “Set-asides now – which I think are a very bad idea, but they exist – include white women owned businesses could very well be siphoning away what used to be a pretty healthy [racial-based] quota.”

In other words, the higher minority-participation for these individual contracts may simply be participation by women. Black contracts might still represent something near 1%.

Whatever the case, Detamore had a good explanation for why affirmative action is a faulty measure of “good” contracting practices.

“My main reason for opposing [affirmative action] is that its unconstitutional. The government cannot remedy what the Supreme Court calls societal discrimination – it reaches too far into the past and too far into the future to be remedied with regulation,” he said.