CPAC - Where Are Conservatives Going? 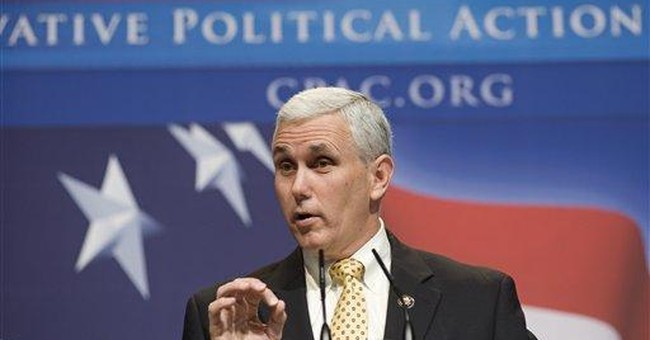 What does it say that Ron Paul enjoyed a bigger audience than anyone else at CPAC?

"Let us take this opportunity to address those of you who disagree: all I ask you to do is think seriously about it," said Paul. "Think about it and study it and put it in context."

What does want them to think about?

"I hope [my speech] is challenging, because we are in challenging times," said Paul.

Paulism, and other varieties of limited-government fundamentalism, are either part of the undercurrent of CPAC 2010, or the main event. No one seems to be able to decide. J.D. Hayworth and Marco Rubio — two Republicans who are bucking the mainstream GOP and venturing out on their own — found welcoming arms here. But so did Mitt Romney, Tim Pawlenty, and Mike Pence, tried-and-true GOPers who are nothing if not reflective of establishment Republicanism.

The situation at CPAC is a perfect mirror for the question everyone is asking: what the heck is going on with the GOP?

If CPAC was held in mid-January before the election, Brown wouldn't have said that. Identifying with hard-core, CPAC Republicanism would've been the quickest way to make his Senate bid a failure. Brown's moderate appeal won because it stayed undercover, with secret help from the National Republican Campaign Committee. Being a "real conservative" was the antithesis campaign strategy.

But the common theme at CPAC is: "Let's keep the real conservatives in the party, and kick the RINO's out."

"Three years ago, Republicans didn't just lose the majority: they lost their way," said Pence. "I warned them."

"The good news is that the core conservatives, in Congress... they are beginning to listen," said talk show host Herman Cain.

That theme was reiterated by Mitt Romney, John Boehner, and Tom Price. But they all seemed to capitalize on recent victories where either the moderate Republican won, where the Democratic incumbent simply wasn't reliable, or in states that traditionally swing against the party in power after that party's approval ratings drop below 50 percent.

"I think when we've achieved the kinds of results we've achieved in places like Virginia, New Jersey, and Massachusetts, the sky is the limit here. I think 2010 is going to be a phenomenal year," said Liz Cheney. Moments earlier, Dick Armey had taken the stage warning that the Republican Party didn't necessarily reflect the interests of tea party activists, and that if the GOP wanted to win, it needed to embrace them.

It may be a phenomenal year. But the GOP needs to figure out how it's going to spin it.