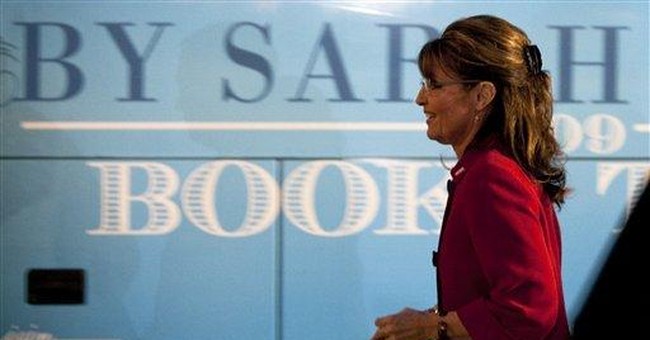 If Sarah Palin is the future of the conservative movement, then one thing can be certain: leadership isn't going to suffer from a lack of support.

Her keynote speech at the Tea Party Convention brought the audience to their feet eight separate times, and every major point was followed with applause, whoops, and cheers. Palin talked about conservative activism, foreign policy, the economy, and a general political outlook, communicating her message with a personal touch and occasional jokes. It was what everyone had been waiting for.

"We know that we've got some big problems to solve... we want to look forward. But from here, it looks really good, because if there's hope in Massachusetts, there's hope anywhere," she said.

One of Palin's first jokes truly resonated with audience members.

"I'd like to give a special welcome to the CSPAN people. You may not be welcome in the health care debates, but you're welcome here," she said. Then she switched over to Republican primaries — a major issue in a GOP that has been wrestling with rowdy conservative tea partiers.

"A lot of common sense conservative candidates are going to be put on the line. There's going to be some tough primaries. And I think that's good," she said. "Despite what the pundits want you to think, contested primaries aren't civil wars. They're democracy, and that's beautiful."

"It's not politicizing our security to discuss our concerns, because Americans deserve to know the extent of what they face," she said, and then touched on Middle East, Korea, and the terrorist threat, including President Obama's treatment of Umar Farouk Abdulmutallab. She also launched sharp criticism at Obama for being unable to juggle both health care and the economy at the same time.

"As the saying goes, if you can't ride two horses at once, you shouldn't be in the circus," she said.

After her brief remarks on the economy, she commended Rep. Bart Stupak for his work on the abortion amendment in the health care bill and then switched gears to speak about how she personally related to the tea party movement.

"The best of our country is not all gathered in Washington DC. It is here in our communities where our families live, and our children learn, and children with special needs are welcome in this world," she said.

Little girls wearing glitter on their faces were shepherded into the room by their mother, and well-dressed couples from around the United States swooned over Palin's performance while dining on lobster and tea.

Bright red roses served as centerpieces, but participants stuck "Palin 2012" bumper stickers on top of them, right next to the copies of Palin's book that were on the tables.

"A year ago, if you would've told me what I'm doing tonight, I would've had two questions for you: what have you been drinking? And two, could I have some?" said Judson Phillips, the event's organizer, in a speech before Palin came on. He called the event "the hottest political convention in 2010."