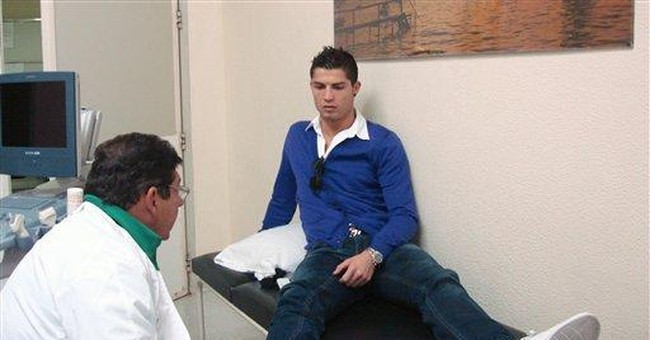 Should we add to the deficit or pay doctors less? That’s the question Congress is contemplating after coming up $200 billion short for Medicare providers’ reimbursement this year.

The $200 billion “Doc Fix” issue is controversial because Democrats are trying to separate it off from the larger health care bill snaking its way through Congress. By separating off doc fix, they can maintain that Obamacare is budget neutral, because that’s the way it was scored by the Congressional Budget Office.

They can’t maintain the bill’s budget-neutrality after a doc fix is added into the mix.

“Let's be clear, House Republicans support addressing the shortfall for America's physicians in a fiscally responsible way,” said Rep. Mike Pence, (R-Ind.) Chairman of the House Republican Conference. “But today, to facilitate a government takeover of health care, Democrats are bringing to the floor legislation that will add more than $200 billion to the federal deficit and debt and the American people have rejected this approach.”

“Doc Fix” has deep roots. One to two percent cuts in reimbursement have been scheduled for Medicare for the past decade, but every single year, interest groups and lobbyists have managed to forestall that. The problem is that Congress hasn’t allocated any money in the budget for these cuts, so as doctors are paid more, the deficit grows.

The pile-up of delayed cuts have resulted in Medicare providers facing a 21 percent cut in reimbursements in 2010 and a 5% cut in the years following. Providers currently accept rates at 30% below private insurance.

Republican leaders have proposed an alternative method of increasing Medicare reiumbusements – a scheduled 2% payment increase for the next 4 years. This wouldn’t cover the 21% discrepancy in Medicare reimbursement, but it would be more fiscally responsible than the Democrats’ plan. House Republican Whip Eric Cantor (R-VA) said it was the only viable alternative given the current economic climate.

The issue promises to be a divisive one. The Democratic Congressional Campaign Committee says they’ll be targeting Republicans in the 2010 election cycles who vote no on the doc fix, because the DCCC claims Republicans are simply trying to avoid paying doctors what they deserve. That, in turn, would lead to fewer doctors accepting Medicare coverage and higher costs for all Americans.

"Times are tough and Seniors are already dealing with high prescription drug costs, the last thing they need is for House Republicans to increase their health care costs and anxiety by allowing Medicare to cut payments to their doctor," DCCC national press secretary Ryan Rudominer told the Hill.

Americans for Tax Reform and the Center for Fiscal Accountability said that was a scam.

“[The] bill is nothing but a poorly veiled attempt to sneak past taxpayers a massive healthcare-related cost. Honest accounting would have meant that this cost should have been part of the estimate for the already outrageously expensive government health bill passed by the House,” they said in a letter addressed to Congress.