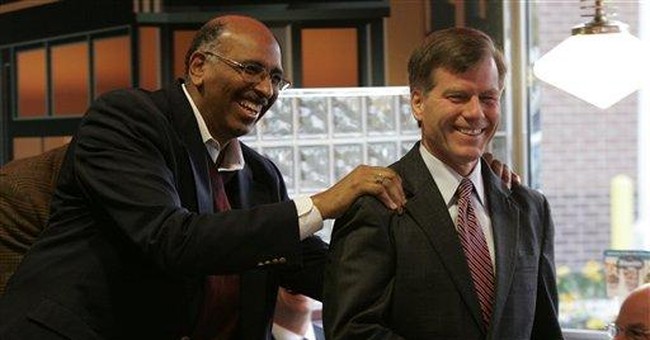 RNC Chairman Michael Steele said that Tuesday’s election results were a direct product of the Republican Party gaining momentum, but many conservative analysts point to the corollary of that message as the primary reason’s for big conservative wins: Democratic failure.

“What I am seeing in the data, that the spending, the TARP number one, the TARP number two, the stimulus package, the trillion-plus dollar deficits, are all adding up in voters’ minds,” said Ed Goeas, President and CFO of The Tarrance Group, a Republican polling firm. “They are very concerned about spending…the kinds of change that are being made are not the kind of change they want.”

The White House and other Democrats largely ignored the results of the special election on Tuesday, which some conservatives hailed as an indication that the left really was running scared. Brian Brown, Executive Director for the National Organization for Marriage, said that could directly effect policy decisions that were unrelated to election outcomes.

“The results yesterday are going to make it harder for all the initiatives” that the Democrats have been pushing, said Brown. “Health care, cap-and-trade, the soon to come tax increases… I think all of those are going to be much more dicey for the Democratic leadership.”

One way of determining specific election trends is the independent vote. Independents went to Republican Bob McDonnell over Democrat Creigh Deeds 63-36% in Virginia, and independents voted for Republican Chris Christie over Democratic incumbent John Corzine 58-33% yesterday. That means that moderate conservatism and liberalism is loosing steam with a voting bloc that means everything for election outcomes, said Donatelli

“Perhaps moderates in Congress will think twice before rubber stamping Obama’s plans,” he said. “Nancy Pelosi and Barack Obama will be little help to moderate Democrats in 2010.”

What of the striking failure of conservative candidate Doug Hoffman in the NY-23 Congressional race? Donatelli says there’s a lesson to be learned.

“In retrospect it’s not surprising that we didn’t win that race and it’s a warning to us that if we don’t focus on issues that concern the public, and we want to focus on more esoteric stuff, we will miss an opportunity,” he said.

Marjorie Dannenfelser, president of the Susan B. Anthony List, said that NY-23 represented the possibilities of conservatism.

“There was a real marked choice between a liberal couple of people and a conservative. And it forced people to take a stand. And unless you’re forced to take a stand, you’re not going to take it,” she said.