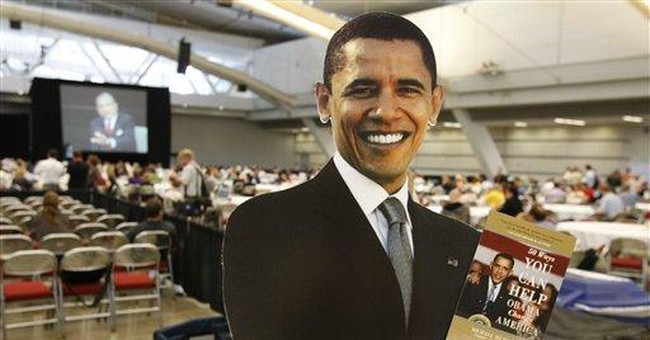 Obama’s “town hall” meeting in Montana was filled with lengthy cheers and softball questions, despite the administration’s vows that questions would not be pre-determined and that tickets would be handed out on a first-come first-serve basis.

“We haven’t pre-selected anybody,” Obama said when starting the Q&A session after a lengthy address that highlighted his views on health care legislation

Yet, five of the seven questions taken included compliments for the President. “Welcome, and thank you, and I believe in reform as well,” said one participant when addressing the President. “Thank you – I’m someone who had a job as the result of your stimulus program,” said another. Towards the end of the session, Obama actually had to solicit a question that voiced more dissent – ostensibly so the event could appear more legitimate.

The man he selected put together a question that was virtually made in Hollywood.

“I’m someone who makes a living selling private insurance,” said the questioner, and then he asked Obama why he has changed his rhetoric from “health care reform” to “health insurance reform.” Obama said there had been no malicious intent there, but simply that he thought insurance companies needed a push.

Because Obama is “a constitutional scholar,” said one Montanan, another participant in the “town hall” wanted to read him the opening lines to the Montana State Constitution.

“We the people of Montana grateful to God for the quiet beauty of our state, the grandeur of our mountains, the vastness of our rolling plains, and desiring to improve the quality of life, equality of opportunity and to secure the blessings of liberty for this and future generations do ordain and establish this constitution,” she read.

“What a great way to end this town hall,” Obama said.

Some commentators said the event was slightly more heated than the Tuesday town hall meeting Obama held in Portsmouth, N.H. The staged nature of that event is likely what led Obama to be so insistent that this town hall was legitimate.