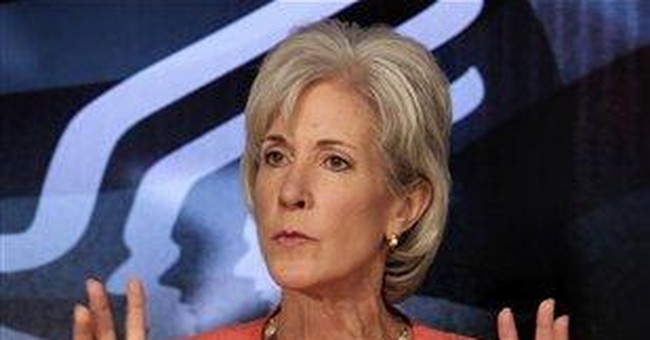 My.barackobama.com, the website of the Democratic National Committee and campaign arm of President Barack Obama, features an advertisement advocating a protest of Health & Human Services Secretary Kathleen Sebelius, who Obama nominated and vouched for less than 3 months ago.

The protest took place June 22 at the Fairmont Hotel in San Francisco, and over 100 people showed up. Sebelius was attending a $500-a-plate luncheon to help bankroll House Speaker Nancy Pelosi’s re-election campaign.

“Kathleen has a remarkable intellect, unquestionable integrity, and the kind of pragmatic wisdom you’ll tend to find in a Kansan,” President Obama said when he nominated Sebelius on March 2 of this year. “I know she will bring some much needed grace and good humor to Washington, and she will be a tremendous asset to my cabinet.”

The advertisement for the protest, posted on the “Events” section of my.barackobama.com, is titled “Picket Health & Human Services Secretary Kathleen Sebelius for Single Payer Healthcare.” It says that the reason the picketing took place is because of Secretary Sebelius’ June 16 comments, where she said that she wanted to outlaw a single-payer health plan.

Organizing for America did not respond to press inquiries as to whether or not it monitors advertisements posted on its site. However, no matter what the case, the fact that a notice advocating a protest of an Obama appointee was posted on a website dedicating to promoting Obama’s politics represents a curious paradox even to the very individuals who posted the advertisement in the first place.

“It's a free flowing thing, so people advertise whatever they want to advertise,” Don Bechler, Chairman of Single Payer Now, a health lobbying group in California that was the primary organizer of the protest on Monday. “Yes, it is ironic.”

The advertisement itself made note of that irony in its event description.

“This event is being posted on this web site given the strong support for single payer health care in this grassroots community, and the probability that some will be interested in ensuring their voice is heard by both the administration and Congress,” it said.

Bechler said that was understandable.

“I would think most of the people who end up at these Obama meetings support a single-payer system,” he said.