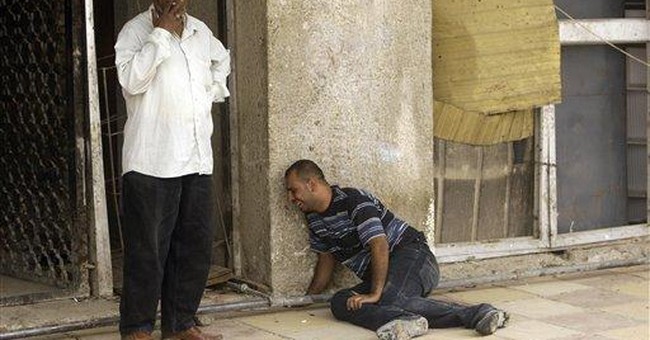 On Thursday, Iraq suffered its worst death toll on a single day since the start of U.S. engagement there; 80 people perished after the supposed capture of Abu Omar al-Baghdadi, al-Qaeda in Iraq’s leader and one of Iraq’s most wanted men. On Friday, there was another attack almost as deadly; 60 people died and 125 were injured when two suicide bombers attacked a Shia mosque in Baghdad.

This upswing in violence comes on the heels of Obama’s new policies in the Middle East, which call for a phased withdrawal from Iraq starting this summer and lasting until 2011.

An upswing in violence is almost certainly related to Obama’s adjustments in troop numbers, but that doesn’t mean the country will necessarily return to previous levels of violence, said Thomas Donnelly, a resident fellow at the American Enterprise Institute. Donnelly said that increased violence is a cause for concern but that “it’s not like we’re headed…to 2006 kind of low-grade civil war.”

The violence has been too spotty and far-between for that. Furthermore, it hasn’t targeted a single group or tribe – instead, it has targeted a variety of Iraqis and coalition forces, suggesting general mayhem instead of concentrated attacks.

Donnelly did say the surge in bombings was connected to Obama’s policies at in “an indirect way.” The enemy will jump to portray any reduction in power as a retreat, he said.

“You should probably never underestimate the various bad guys in Iraq. Most have been suicide bombers, of which there has always seemed to be a fairly consistent supply. It doesn’t diminish,” said Donnelly. “And if the pattern continues, it would be deeply worrisome.”

Manning smaller outpost and increasing patrols on city streets were the main thrust of former President Bush’s “surge,” so withdrawing those troops could cause more concentrated sectarian violence as they continue to leave. Christopher Holton, Vice President for the Center for Security Policy, thinks it’s likely that coalition forces will suffer more.

“I do think that we’re going to see increased violence as the result of Obama’s policies,” he said. “You can’t un-ring a bell. We’re drawing down in Iraq, so the enemy forces in Iraq have been energized by that.”

Holton pointed to the fact that Obama’s withdrawal was very public, meaning that the enemy is highly aware of what withdrawal means to U.S. citizens and what increased violence would also mean.

“Its not just the policy changes themselves, but it’s the public way he’s done it to appease the hard left that got him elected in the first place,” said Holton. “It makes it much more volatile.”