Jesse Hathaway
|
Posted: Oct 24, 2016 11:58 AM
Share   Tweet
The opinions expressed by columnists are their own and do not necessarily represent the views of Townhall.com. 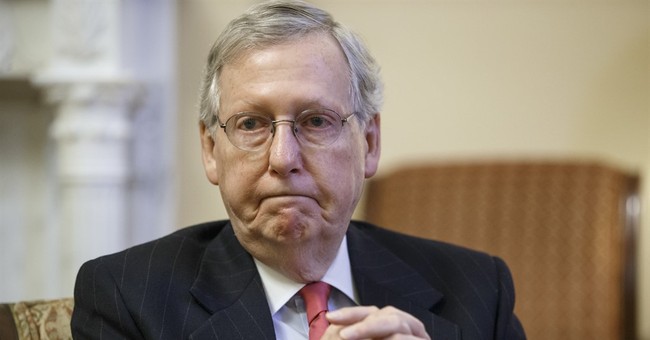 Unless lawmakers in local and state governments act now, the problem of underfunded public pension plans will come ashore in the foreseeable future, hitting taxpayers with tax hikes and crippling debt, a true financial hurricane caused by decades of elected officials’ poor planning.

A new report published by Moody’s Investment Services in October estimates the current total cost of state governments’ pension program liabilities at about $1.25 trillion, a number that is sure to increase as monetary inflation occurs over time.

By the end of the current fiscal year, state governments’ pension liabilities will increase by another $500 billion, or about $1.39 billion in additional promised entitlements for government employees each day.

Lawmakers have a responsibility to take seriously the pension hurricane warning, because taxpayers will be the ones paying the bill when promises come due and the money isn’t there in the future.

Although some state governments are making progress in the direction of paying down unfunded pension debt, many are not.

In May, Texas lawmakers took steps toward ensuring money is available when the state’s bills come due by slightly increasing the amount of money government employees are required to pay toward their own retirement pensions. In May, Kentucky lawmakers approved a bill that increased the amount of taxpayer money used to fill the pension fund.

According to Moody’s research, government pensions in states such as Alaska, Connecticut, Kentucky, Maryland, and New Jersey have liabilities exceeding 200 percent of government revenue. California and Illinois both owe more than $100 billion to government employees. Illinois, whose state pension program owes about $192 billion in entitlements, has revenue levels approaching one-quarter of what it promised it would pay out.

Overpromising and under-delivering is not a symptom relegated to state government pension plans; regional and city governments are also struggling to manage their finances.

For example, one of the city of Chicago’s public pension programs, the Municipal Employees’ Annuity and Benefit Fund of Chicago, currently has only enough assets on hand to cover 32 cents out of every dollar in entitlements promised.

Chicago lawmakers passed a plan to increase taxes on residents to bolster the fund, but the plan relies on the pension program’s investments earning a 7.5 percent annual return over the next 50 years—a wildly unrealistic projection. In 2015, the plan missed that target; the plan’s stock market investments earned about 6.8 percent.

The difference between needing 7.5 percent and getting 6.8 percent back may seem small, but missing the target by only 0.7 percentage points caused the fund to fall $30 million deeper in debt, showing the need for lawmakers to make extremely conservative projections when crafting their plans to save public pensions.

Unlike a real hurricane, the problem of underfunded public pensions can be stopped. Lawmakers should work to shift state pension plans from defined-benefit programs to 401(k)-like defined-contribution plans, similar to those enjoyed by millions of Americans working in the private sector.

Lawmakers should also exercise common sense when preparing investment plans and should encourage state pension boards to better safeguard government workers’ money and taxpayer dollars against the looming clouds on the financial horizon.