Block Grants Would Prevent Medicaid ‘Pac-Man’ from Gobbling Up Budgets 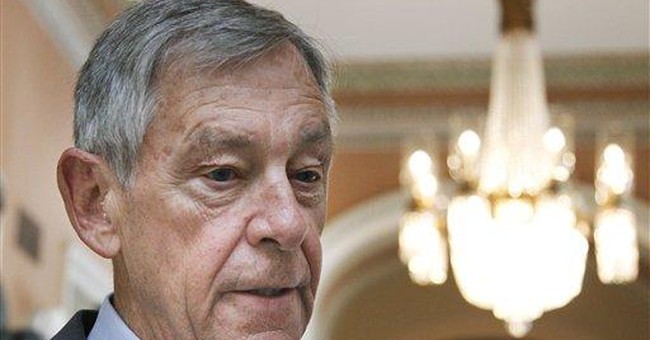 In his 1998 State of the State address, Ohio Governor George Voinovich (R) famously referred to Medicaid spending as the “Pac-Man” of entitlement spending, noting how it ends up “gobbling up ever larger portions” of government funds.

By following through on entitlement reforms started in the 1990s, Congress can defuse a ticking entitlement-spending time bomb and allow states to lead the way on holding costs down and better serving taxpayers.

According to estimates from the Congressional Budget Office (CBO), the national deficit will exceed $1.088 trillion, or roughly $8,369 per U.S. household, by 2025. Much of the growth in the deficit will come from increases in major health care program costs, including Medicaid.

Block grants are a time-tested solution to the problem of skyrocketing Medicaid spending.

In the 1990s, increasing welfare costs kept federal lawmakers up at night, so Congress and President Bill Clinton worked together to transform welfare from a top-down federal program into a more efficient state-administered program.

In 1996, Congress replaced the old and busted Aid to Families with Dependent Children program with Temporary Assistance for Needy Families, allowing states to take charge of their own destinies and conform welfare to their particular circumstances. As states tailored their programs to suit their individual needs, the overall costs of entitlement programs fell and the quality of service increased.

At the time, lawmakers seriously considered including Medicaid block-grants in the reform bill that ultimately became the Personal Responsibility and Work Opportunity Reconciliation Act of 1996 (PRWORA). In early 1996, Clinton was open to including Medicaid in the reforms, as recounted by Peter Edelman, an anti-reform advisor to the president.

In a 1997 article for The Atlantic, Edelman, who opposed PRWORA so much that he quit his job after Clinton signed it, wrote, “When the governors came to town for their winter meetings early last year, the President invited them to draft and submit new proposals on welfare and, for that matter, Medicaid.”

Medicaid is fundamentally broken because of how it was designed. New York, a state with about 6.2 percent of the nation’s population, sucked up 12.4 percent of all federal Medicaid money in 2014. As that fact indicates, Medicaid has powerful incentives for high spending by states like New York that can afford it. The more a state spends other people’s money, the more of other people’s money it gets.

Finishing the work Congress and Clinton started with PRWORA would empower states to improve Medicaid with new ideas such as global spending caps, health savings accounts, and program budget rebalancing. Cost overruns would be discouraged, as state lawmakers would face pressure from taxpayers to avoid mismanagement and optimize for efficiency.

It’s urgent for Congress to build on the work it started more than 20 years ago and block-grant the “Pac-Man” Medicaid monster before it gobbles up an even bigger proportion of cash-strapped state budgets.