Jesse Grady  |  Feb 05, 2020
The opinions expressed by columnists are their own and do not necessarily represent the views of Townhall.com.
Top Columns
Trending on Townhall Media 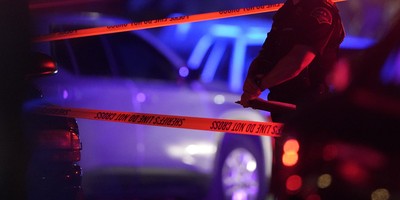 “I am calling for bipartisan legislation that achieves the goal of dramatically lowering prescription drug prices. Get a bill to my desk, and I will sign it into law without delay,” said President Donald Trump during his State of the Union address. “I have been speaking to Senator Chuck Grassley of Iowa and others in the Congress in order to get something on drug pricing done, and done properly.”

The president is referring to the Prescription Drug Pricing Reduction Act, which he recently endorsed. The bipartisan bill was introduced by Senators Chuck Grassley (R-Iowa) and Ron Wyden (D-Ore.) after prescription drug prices have skyrocketed in the last decade. The price of insulin, for example, has more than doubled in five years, costing many patients over $12,000 annually, and other common prescription drugs can cost more than $72,000 a year. For a majority of the country, which has a median household income of around $62,000, this is unaffordable.

The Prescription Drug Pricing Reduction Act would set a limit of $3,100 on annual out-of-pocket costs for Medicare beneficiaries and would have pharmaceutical companies pay a rebate to Medicare when they raise their prices faster than the rate of inflation, incentivizing them to keep their prices down and to not price gouge. To be sure, pharmaceutical companies have developed a number of new drugs, but this doesn’t excuse them for setting “unfair” prices, as President Trump said, especially ones that have monopolies over certain drugs and are buying up patents to prevent competition. In other words, some pharmaceutical companies have created controlled, instead of free, markets.

The bill would save Medicare beneficiaries and taxpayers billions of dollars in the next 10 years. And, like how our government is comprised of a system of checks and balances so that one branch does not become too powerful, the bill would create a check for companies that face little to no competition in the marketplace. Without any reasonable measures, there is nothing stopping and preventing companies from taking advantage of patients who have no alternatives.

But Grassley’s bill would address this problem. “Big Pharma will also finally be held accountable to taxpayers who subsidize their billions of dollars in annual profits. Congress has the opportunity to deliver a real, concrete win for the American people. Now it just needs to show courage and finally act,” said Grassley. The White House agrees, saying that the bipartisan legislation “would be another huge step forward for American families – for their health, their peace of mind, and their financial security,” and it “calls on Congress to act now.”

The Republican Party has a long history of breaking monopolies to boost competition. President Trump and Republican lawmakers would be walking down the path that was paved by trust-busting Republicans Teddy Roosevelt and William Howard Taft to strengthen, not inhibit, the free market. However, support from more conservative lawmakers, like Senators Cory Gardner and Kelly Loeffler, is still needed to get the bill to the president’s desk. Republicans can deliver a major victory for patients by passing the Prescription Drug Pricing Reduction Act.