Jesse Grady
|
Posted: May 21, 2019 12:28 PM
Share   Tweet
The opinions expressed by columnists are their own and do not necessarily represent the views of Townhall.com. 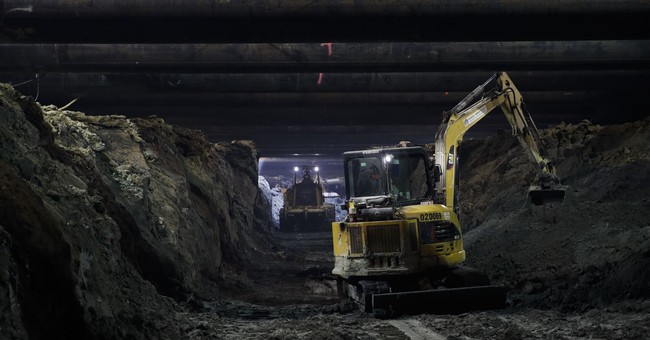 It’s no secret that America’s fiscal health is under serious stress.

In February of this year, our national debt hit a record $22 trillion. If nothing changes, the Congressional Budget Office projects that as a share of the national economy, our debt will be 93 percent of GDP by 2023. That should set off alarm bells for everyone in America.

It’s not tough to see that Washington has a spending problem – and, sadly, it’s been this way for far too long.

Aside from the federal government’s record on out-of-control spending, state and local governments are drowning in debt and spending their citizens into oblivion, threatening their economies and fiscal health in the process.

Take, for example, Los Angeles, California. LA County is working to build another metro line, which would serve as the second segment of the Purple Line. This, despite current ridership on the LA Metro system being in decline for years. However, this hasn’t stopped LA Metro area decision makers from forcing another metro line on taxpayers.

Many people in California are OK with the initial phase of this project and support public transportation. However, what they are not for is when LA Metro steps in and changes the proposed route of the metro line to zigzag directly under Beverly Hills High School through old underground oil fields filled with methane gas, which is exactly what the second phase of the Purple Line project would do. Talk about a safety hazard - and government mismanagement.

The original route of the line would have kept the Purple Line far enough away from the school that it didn’t create hazardous problems. But LA Metro decided to go with a rogue route that detours away from a public right of way. In addition to the safety issues, what's also concerning is that changing the route to go under Beverly Hills High School would cost taxpayers an additional $400 million at a minimum.

Proponents for the Purple Line train must have forgotten the lessons of the past. And if they haven’t – then they must be ignoring the problems of the present that make the Purple Line even more obnoxious.

You see, California is drowning in debt, with state and local liabilities totaling $1.5 trillion. Yes, that’s trillion. For example, a report found that Santa Paula, a small city north of Los Angeles has “$160 million in long term liabilities.” This is over four times what the city brings in in revenue. Wasteful projects like the extension of the Purple Line only contribute to the compounding spending problems that far too many people in California have become accustomed to seeing.

We have seen examples like this before. Former Florida Governor and now Senator Rick Scott stopped a similar federally funded project in Florida a few years ago.

The Obama administration wanted to build a bullet train from Tampa to Orlando. The administration offered Florida $2 billion to build the unnecessary rail line, but it could have stuck Florida taxpayers with a $3 billion bill. Thankfully, Scott stepped in to save the state taxpayers plenty of money and headaches.

As is often reported, it’s pretty obvious that wasteful spending and ballooning deficits are a serious threat to our country’s stability on the federal level. But if you look below the surface, the problem is just as bad at the state and local level.

I am confident that President Trump, along with conservative champions on Capitol Hill, like Minority Leader Kevin McCarthy, Senator Roger Wicker, and others, will continue to stand up for smart fiscal policies and throw these wasteful spending projects like the Purple Line off their tracks.

We can’t afford to wait any longer.