Jesse Grady
|
Posted: May 03, 2018 12:01 AM
Share   Tweet
The opinions expressed by columnists are their own and do not necessarily represent the views of Townhall.com. 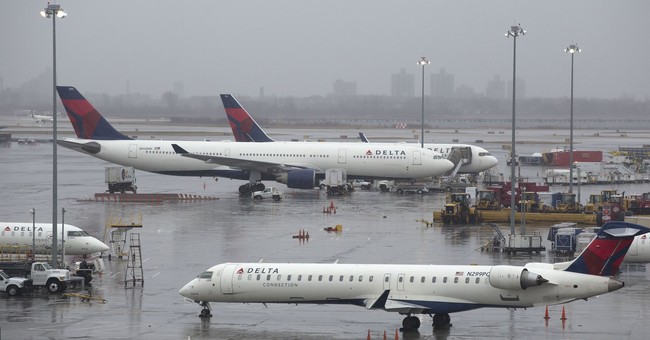 You may not have heard of Open Skies agreements, but it’s likely that you, or someone you know, has benefited from them. These agreements have to do with international air travel. Governments mutually agree to back off and not set routes, fares, or subsidies – and put that in writing.

The result is a huge win for international travelers, but not just for them. On average, every person who travels to foreign country via International long-haul flights spends $4,300 on that trip. They spend the money on airfare, food, lodging, entertainment, souvenirs, and just about anything else you can dream up.

More money in travelers’ pockets because of reduced airfare translates to more money spent on all those other things – fueling jobs for people in all kinds of industries that you might or might not think of as tourism-related.

And increased competition because of Open Skies agreements has put a lot of money in tourist pockets. Economists estimate routes that are subject to such agreements have seen fares fall 32 percent, on average, leaving some $4 billion burning a hole in tourists’ pockets. You likely know people who have benefited from this. In fact, it might have preserved their jobs.

The benefits of Open Skies are widespread, and yet there is an intense lobbying campaign going on in Washington DC right this minute to kill these agreements. Who would do such a thing?

It turns out America’s largest carriers – Delta, United and American-US Air – are nakedly pulling for plane protectionism, because they don’t want the competition and the lower prices that brings.

The Big Three also have one other reason for attacking Open Skies that’s even worse than wanting to fend off competition. Open Skies agreements are agreements by governments not to interfere by either stick or carrot. Governments refrain from setting routes and quotas for airlines. They also cease to subsidize said routes.

The Big Three American airlines can’t abide this. They are constantly seeking bailouts, subsidies, tax breaks, and other kinds of special treatment by federal and state governments. Open Skies agreements make it harder for them to get that treatment where international travel is concerned.

In a certain cold, calculated way, their actions only make sense. By attacking the agreements, the airlines get one step closer to getting what they want. If they succeed, they’ll be able to behave as they wish and drag both fliers and taxpayers down the center aisle on the way to distant lands.

But to understand in this case should not be to excuse. Far from it. For the last decade, we’ve seen wave after wave of movements on both left and right against big companies that game the system for their own benefit and at the expense of everyone else.

Whatever the merits of their solutions, these movements exist for a darn good reason. The vast majority of Americans agree that it is reprehensible for big companies to use their market clout to force us to pay up for services that we may not even want. Let’s keep those Open Skies open, and keep at least a few fingers of the Big Three out of our treasury and our wallets.