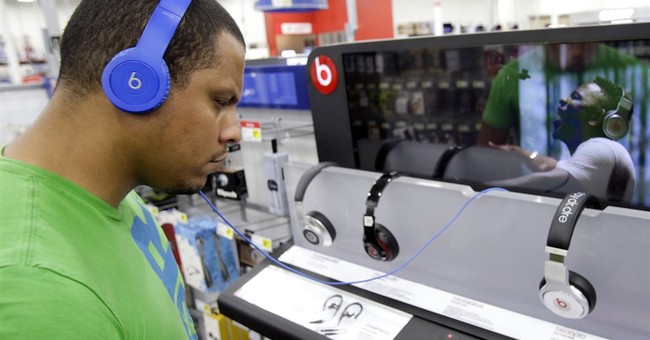 It’s the Buggles and 1979 all over again. Except this time it’s not video killing the radio star, it’s the Copyright Royalty Board (CRB) threatening to kill Internet radio.

Why does it matter? Well, as my teenage daughters made clear to me over the holiday weekend, their favorite Internet radio platform is with them all the time, wherever they go, on whatever device. Don’t mess with their music.

After church this past Sunday, my wife and I decided to take our family out to brunch. It was a beautiful afternoon with a warm breeze and amazing blue skies. We sat outside around the table talking about Memorial Day and how our blessings and freedoms have been secured at a high cost. We discussed our picks for the most patriotic movies—Saving Private Ryan, Taking Chance, Glory, The Patriot—and, being that it was Memorial Day, we chatted about Washington’s BIG 100.3’s top 500 classic rock songs of all time (Led Zeppelin’s Stairway to Heaven or Queen’s Bohemian Rhapsody). It was interesting because my teenagers were unfamiliar with the annual FM radio tradition. You see, my kids don’t listen to 20th Century radio; they listen to the Internet, mostly Pandora.

We’re a political family so, of course, I asked them some questions like “how does Pandora make a profit?” and “What if Pandora disappeared?” The latter query genuinely disturbed them. “What do you mean … why wouldn’t Pandora always be there!?” This is where I bored them with high-minded talk about market-based standards for royalty rates, the Copyright Royalty Board, and how the bureaucratization of pricing decisions threatens the future of Internet radio. I got their attention back by simply explaining that a panel of three unelected, government officials could destroy Pandora, and all Internet Radio platforms.

As with my teenagers, more Americans are tuning into Pandora, iHeartRadio, Apple iTunes Radio, Rdio, Spotify, and others to listen to their favorite songs. Eighty percent of the public is listening on mobile devices. It seems like there’s some new streaming music service being introduced all the time. Pandora was one of the first a decade ago. Rdio launched in 2010, and Spotify in 2011. So it follows that royalty rates for Internet radio is becoming a heated political issue. The more popular something is the more likely the government will create some way of messing it up. With Internet radio, its future is in the hands of the aforementioned CRB, a three-judge panel housed at the Library of Congress. These unelected, government administrators will determine the fees for music streaming for the next five years.

By year’s end, the CRB will make its ruling on the rate for each song played by music streaming companies. If they set the rates high above what the market requires for stability and growth, the CRB could obliterate years of investment and innovation. Such high rates would kill Internet radio for consumers. On the other hand, if the CRB agrees to rates based on the market principle of what’s best for both vendors and consumers, the music industry will keep an important revenue stream while best serving music patrons. What’s more, with such an appropriate rate, the marketplace will continue to grow and innovate. Everybody wins.

As I told my kids, a pro-market rate is good for both consumers and artists. A rate set exceedingly high would mean that CRB killed the radio star.