Frittering Away Our Grandchildren’s Future?

Jerry Newcombe
|
Posted: Feb 24, 2021 4:30 PM
Share   Tweet
The opinions expressed by columnists are their own and do not necessarily represent the views of Townhall.com. 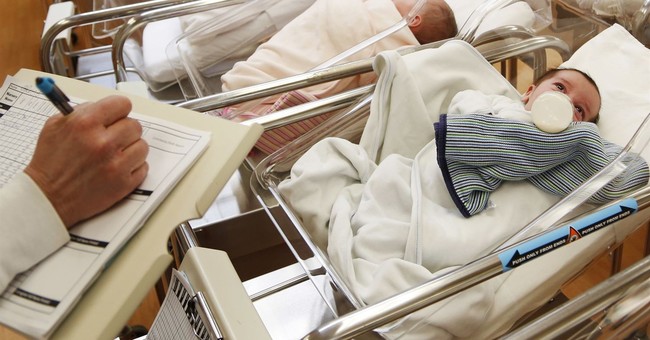 Ronald Reagan once observed, “Government is like a baby. An alimentary canal with a big appetite at one end and no sense of responsibility at the other.”

I thought of that quote when I read some of the details of the $1.9 trillion stimulus bill that is touted as “COVID relief.” Critics, like Congressman Steve Scalise (R-Louisiana), say that it’s a “liberal wish list.”

Scalise is not alone. Many Republican members of the House oppose the bill, observing,  “Democrats have been hoping the public’s attention has been occupied watching a made for TV show trial of the former president in the Senate, because they’ve been trying to quietly load up a $1.9 trillion budget reconciliation bill with special interest pork and other liberal goodies.”

Furthermore, the New York Post observes that less than 1 percent of the total proposed for spending deals directly with COVID per se, such as the distribution of vaccines.

What does this proposed spending include?

•Payouts for abortion, including the opportunity for Planned Parenthood to get more funding from the Paycheck Protection Program (PPP)---funds that are supposed to help small businesses stay afloat during the pandemic.

•Illegal immigrants can receive some of this stimulus money through family members.

•Schools that remain closed can also receive these funds. This “Unconscionably gives labor unions—including those teachers unions fighting against school reopening—access to PPP funding worth up to $10 million per union,” say House Republican opponents of the legislation.

•The bill gives $350 billion in subsidies to failed state and local governments that have shut down small businesses. It seems that the wrong people are getting rewarded, and the innocent victims of COVID, including small businesses, are getting penalized.

One man who is happy about all this disbursement is Vermont Senator Bernie Sanders, who said, “We are spending a lot of money….I do think it is appropriate to start taking a hard look at asking the wealthy and large corporations to start paying their fair share of taxes.”

It would seem that the left’s principle of “never let a crisis go to waste” is in full force here.

Where will all this money come from? Likely our grandchildren. No wonder the left likes abortion so much---it causes them to have less grandchildren.

Our third president, Thomas Jefferson, gave some strong warnings about our economy: “To take from one, because it is thought that his own industry and that of his fathers has acquired too much, in order to spare to others, who, or whose fathers have not exercised equal industry and skill, is to violate arbitrarily the first principle of association, ‘the guarantee to every one of a free exercise of his industry, & the fruits acquired by it.’”

Notice in particular what he had to say about governmental debt: “I place economy among the first and most important virtues, and public debt as the greatest of dangers to be feared. To preserve our independence, we must not let our rulers load us with perpetual debt. If we run into such debts, we must be taxed in our meat and drink, in our necessities and in our comforts, in our labor and in our amusements.”

In his Farewell Address, George Washington warned against runaway spending and needless debt: “As a very important source of strength and security, cherish public credit. One method of preserving it is to use it as sparingly as possible, avoiding occasions of expense by cultivating peace, but remembering also that timely disbursements to prepare for danger frequently prevent much greater disbursements to repel it, avoiding likewise the accumulation of debt, not only by shunning occasions of expense, but by vigorous exertion in time of peace to discharge the debts which unavoidable wars may have occasioned, not ungenerously throwing upon posterity the burden which we ourselves ought to bear.”

In other words, during peacetime, the priority should be to pay off war debts. Meanwhile, we should avoid racking up debt.

Indeed, what kind of a country runs up a big bill, spends the money now, and then leaves it up to our children and grandchildren to have to pay it all back? There is nothing ethical about this.

Proverbs 13:22 says “A good man leaves an inheritance for his children’s children.” In America we’re now doing the opposite—contrary to what both the Bible and the founders had to say.