Easter and the Persistence of Guilt

Jerry Newcombe
|
Posted: Apr 13, 2017 12:01 AM
Share   Tweet
The opinions expressed by columnists are their own and do not necessarily represent the views of Townhall.com. 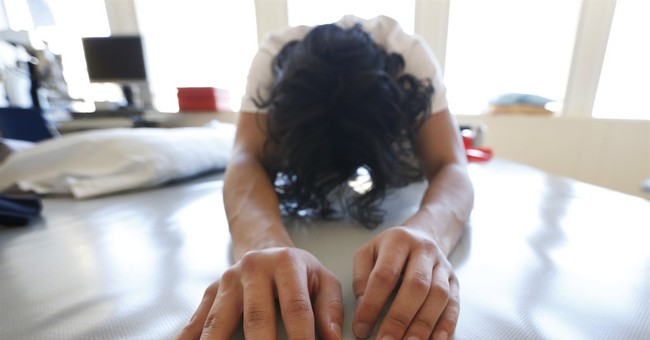 Recently (3/31/17), the New York Times had an article by David Brooks with a title that caught my attention: “The Strange Persistence of Guilt.” Why do we feel guilty and what can be done about it? I’m writing during Holy Week 2017, and as a Christian I’m convinced that Good Friday and Easter Sunday hold the solution to removing guilt.

Our society is moving away from our Judeo-Christian roots at warp speed toward supposedly greater enlightenment. Then why do feelings of guilt remain? Isn’t that an unwelcome vestige of an old-fashioned, irrelevant past?

In the NYT article, Brooks notes, “Religious frameworks no longer organize public debate….With no common criteria by which to judge moral action we’d all become blandly nonjudgmental---sort of chill, pluralistic versions of Snoop Dogg: You do you and I’ll do me and we’ll all be cool about it. Whatever feels right. But that’s not what’s happened….Instead, society has become a free-form demolition derby of moral confrontation.”

Brooks quotes from professor and writer Wilfred McClay, who wrote an article in an academic journal (The Hedgehog Review, Spring 2017) on the same subject. McClay writes, “Guilt has not merely lingered. It has grown, even metastasized, into an ever more powerful and pervasive element in the life of the contemporary West, even as the rich language formerly used to define it has withered and faded from discourse, and the means of containing its effects, let alone obtaining relief from it, have become ever more elusive.”

Why does guilt persist? Why do many children in our modern, sophisticated society often cut themselves until they bleed because it somehow gives them a sense of relief?

Part of the reason guilt persists is because we are guilty---guilty before a holy God. The consequence of all sin is guilt, which may or may not be accompanied by guilt feelings---but often is.

Around the turn of the century, Sir Arthur Conan-Doyle, the British writer who created the character Sherlock Holmes, was reputed to have pulled off a practical joke. He sent an unsigned letter in an envelope to several friends with the same message, declaring: “All is discovered. Flee at once!” Lo and behold, within days, every one of them had fled England.

The Bible says the wicked flee when no once chases them.

I read an article in Psychology Today on five major types of guilt. These types of guilt can be boiled down to sins of commission (bad stuff done) or sins of omission (good stuff left undone).

But because of Good Friday and Easter, these confessed sins can indeed be forgiven. Jesus, who was fully God and fully man, lived a perfect life and then died in our place---receiving in His own innocent body the punishment that we deserve for our sins.

Isaiah the Hebrew prophet wrote c. 750-700 BC, yet he describes the ministry of the Christ who was to come. In chapter 53, Isaiah wrote: “Surely he took up our pain and bore our suffering, yet we considered him punished by God, stricken by him, and afflicted. But he was pierced for our transgressions, he was crushed for our iniquities; the punishment that brought us peace was on him…We all, like sheep, have gone astray, each of us has turned to our own way; and the Lord has laid on him the iniquity of us all.”

In short, because Jesus died for sinners and because He rose from the dead bodily, He forgives our sin and removes our true guilt before God through faith.

And what is the psychological effect of this? Dr. Byron Johnson of Baylor wrote up a systematic review of almost 800 psychological studies dealing with the impact of religion, called “Objective Hope” (2002/ 2008). The overwhelming results were positive. On average going to church has a good impact on people.

For example, “Objective Hope” notes: “…we found that the vast majority of these studies…reported some positive association between religious involvement and greater happiness, life satisfaction, morale, positive affect or some other measure of well-being.”

Johnson wrote me: “You will see with ‘Objective Hope,’ there is a literature on suicidal ideation and depression as well as literatures on hope, meaning and purpose. I would imagine that guilt may well be connected to the former, and that the lack of guilt is also related to the latter.”

Because Jesus Christ bodily walked out of His tomb, after having paid the debt for our sins, we can affirm these truths: My past is forgiven. My present is abundant life in Christ. My future is heaven, forever with Him.