Does Our Nation Have a Prayer?

Jerry Newcombe
|
Posted: Nov 10, 2016 12:01 AM
Share   Tweet
The opinions expressed by columnists are their own and do not necessarily represent the views of Townhall.com. 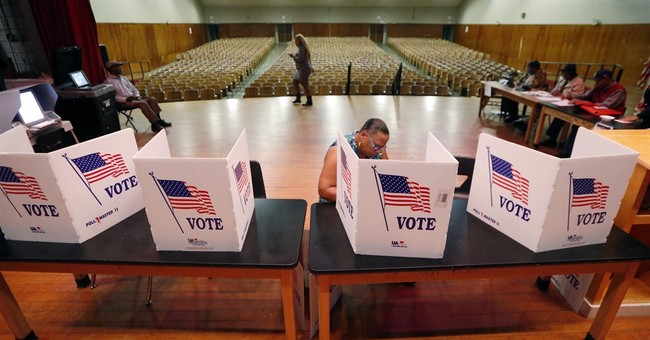 This has been a very divisive election campaign. They usually are, but this one has seemed to be more cantankerous than previous ones. I feel like we are a country in great need of prayer for healing as a nation.

I was invited the other day to help lead a prayer meeting for the election and for the country. It was an honor, and it got me to thinking about the rich tradition we have in this nation of prayer for our elections.

David Barton, a walking encyclopedia on America’s Christian roots, once told me that between 1633 and 1812, there were over 1400 official “government-issued” prayer proclamations---calling for fasting, prayer, or thanksgiving to God. (W. De Loss Love,The Fast and Thanksgiving Days of New England (Boston: Houghton, Mifflin, and Company, 1895), pp. 464-514, "Calendar.") Many of these were in the New England colonies, with their Puritan influence---but not exclusively.

For example, our Continental Congress called on Americans to pray on March 16, 1776---months before we even declared independence----for God’s help because of the danger in the brewing conflict with Mother England. This wasn’t some sort of “To Whom It May Concern” watered-down, mamby-pamby prayer---like what we’re used to in our politically correct age.

In that proclamation, the founding fathers wrote: “The Congress…do earnestly recommend, that Friday, the Seventeenth day of May next, be observed by the said colonies as a day of humiliation, fasting, and prayer; that we may, with united hearts, confess and bewail our manifold sins and transgressions, and, by a sincere repentance and amendment of life, appease his righteous displeasure, and, through the merits and mediation of Jesus Christ, obtain his pardon and forgiveness; humbly imploring his assistance to frustrate the cruel purposes of our unnatural enemies; and by inclining their hearts to justice and benevolence, prevent the further effusion of kindred blood.”

Those prayers were answered. Who could have predicted that 13 colonies with a ragtag army of farmers and mechanics could take on the empire with the most powerful army and navy in the world at that time…and prevail?

After the Constitution was written, Congress asked the new president to declare a day of prayer and thanksgiving to thank God for this opportunity to create our new government.

So on 10/3/1789, George Washington wrote up a proclamation of prayer and thanksgiving:

“…it is the duty of all nations to acknowledge the providence of Almighty God, to obey His will, to be grateful for His benefits, and humbly to implore His protection and favor….And also that we may then unite in most humbly offering our prayers and supplications to the great Lord and Ruler of Nations, and beseech Him to pardon our national and other transgressions…” His hearers, being biblically literate, knew that the “Ruler of Nations” referred to Jesus (Rev. 12:5).

As one of the early governors of Virginia, Thomas Jefferson issued a “Proclamation for a Public Day of Thanksgiving and Prayer” (11/11/1779). In that proclamation, he quoted from an announcement from the Continental Congress (10/20/1779), which included these words (talking about Almighty God): “…he hath diffused the glorious light of the gospel, whereby, through the merits of our gracious Redeemer, we may become the heirs of his eternal glory…that he would grant to his church the plentiful effusions of divine grace, and pour out his holy spirit on all ministers of the gospel…”

Later, when he served as president, Jefferson did not think it appropriate to issue a prayer proclamation at the federal level. He explained why in an 1808 letter to Rev. Samuel Miller, “Certainly no power to prescribe any religious exercise or to assume authority in religious discipline has been delegated to the general [i.e., national] government. It must then rest with the states as far as it can be in any human authority.”

Later, President James Madison issued a prayer proclamation as our nation’s chief executive officer “in the present time of public calamity and war.” This was shortly after the British had attacked our nation’s capital. They even burned down the Capitol building and the White House.

President Lincoln called for prayer during the dark days of the Civil War, wherein he lamented that because of our success as a nation, “we have forgotten God.”

Author and speaker William J. Federer compiled a book on Prayers & Presidents. He noted in that book, “Days of Prayer have a long history in America. Colonists declared Days of Prayer during droughts, Indian attacks and threats from other nations.” He reproduced in his book (dated 2010) prayers from Presidents Washington through George W. Bush.

As President Reagan said of the American people at a prayer breakfast (8/23/1984): “We command no worship. We mandate no belief. But we poison our society when we remove its theological underpinnings. We court corruption when we leave it bereft of belief.” America needs our prayers now, perhaps more than ever.