Jerry Newcombe
|
Posted: Feb 23, 2016 12:01 AM
Share   Tweet
The opinions expressed by columnists are their own and do not necessarily represent the views of Townhall.com. 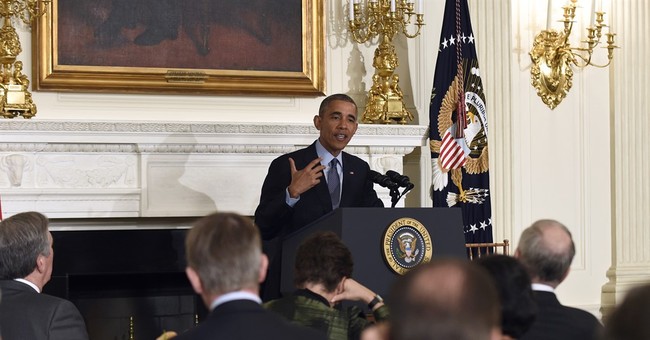 Is anyone concerned that a casino owner is a major candidate for president? Not too long ago casinos were only legal in Las Vegas and Atlantic City and on Indian reservations.

Donald Trump is doing well, even among many professing evangelicals. That is, despite his multiple marriages, dealing in casinos, and liberal politics prior to the recent run for office. His perceived strength and business success are viewed as what counts.

In view of this, it’s worth taking a look at the issue of gambling, and character and politics.

Many view gambling as a relatively harmless pastime, and its social acceptability has grown in recent decades. But it’s anything but harmless.

21 years ago, I co-produced a television documentary on gambling. In Atlantic City, where Trump had a casino or two, he had a reputation for generously donating his own money to help the local rescue mission---where the down-and-outers would end up, after they lost all their money at the casinos.

No one took a gun to the losers’ heads and said, “You must gamble away your paycheck or your social security check until you lose it all, even your house.” But gambling preys off human weakness.

One casino security guard had a shocking tale for our video, which he delivered incognito, lest he lose his job---and no, it was not at a Trump casino.

He said a husband and wife were playing a slot machine for a long time. The husband keeled over with a heart attack. The wife literally stepped over his body and continued to feed the slot machine, while paramedics were administering aid to her husband, who died soon after.

Gambling has long been a special province of the mob. That certainly doesn’t mean everyone associated with casinos is a mobster. But even legal gambling can be a problem, since it is based on a violation of the biblical principle of “Thou shalt not covet”---the Tenth Commandment.

Dr. D. James Kennedy, my long-time pastor, preached against gambling and noted, “Gambling has a pernicious effect upon people in every conceivable kind of way. It destroys everything decent in life.”

Gambling is a zero sum game. Somebody wins, only because someone else loses. While investing in the stock market may involve a type of risk, if one is investing in a product or in services, these are things that may benefit their customers. They can actually create value.

What does gambling produce? At best, gambling produces entertainment for those who can control their appetites---while leading many others to ruin. So to have a leading candidate who made his mark partly through owning and operating casinos is troublesome.

As to character and politics, one of the legacies of the Puritan influence on America is the importance of character in our leaders.

Character was very important to those who built this country. George Washington had a great reputation for his sterling character. And he said to his troops that he wanted them “so to live, and act, as becomes a Christian Soldier.”

The Bible has a great deal to say about character in terms of righteousness and reputation. Proverbs tells us you’re better off with a good name than with great riches. Jesus asked, “What does it profit a man if he gains the whole world and loses his soul?”

In the 1990s, Bill Clinton helped break down the idea that character matters in politics because America elected a known adulterer.

Yet Henry Luce, the founder of TIME magazine, once said, “Character is destiny.”

There is a cynicism abroad in the land today that basically says character does not matter. I don’t agree. If you can’t trust peoples’ character, then why believe their promises? They are just empty words.

Political science professor Dr. Paul Kengor notes in The American Spectator (2/22/16): “Trump caps out at 40%, with (amazingly) an even higher unlikability percentage, which is why he would lose the general election and hand the nation to Hillary Clinton in November.”

Neither Ted Cruz nor Marco Rubio, for all their faults, strikes me as being of such questionable character as the front runner. When the voters of South Carolina, including many professing Christians, voted for Trump, were they basically saying in regard to the matter of character, “Frankly, my dear, I don’t give a d---”?