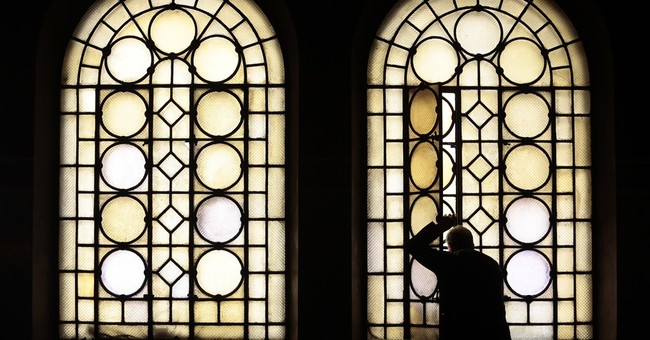 It is so sad to read the news about the latest sex scandals involving prominent Christian leaders. I pray for them, and I pray for their victims. I also pray that more Christians would not be led into temptation, but delivered from evil.

Too often we fall for Satan’s mousetrap. We focus on the cheese, while ignoring the big trap ready to break the neck.

These news stories give us an opportunity to reflect on ways to avoid such scandals going forward. Moses once said that you may be sure that your sins will find you out.

Motivator Zig Ziglar said something once I have never forgotten. He said the only real failure in life is moral failure. We may have temporary setbacks in trying to achieve success, but moral failure can bring devastation.

There are lessons to learn from this for all of us, since we all have feet of clay. The Bible has much to say on this front.

Consider the case of Joseph, a son of Jacob. He was sold into slavery by his own brothers, who hated him because they envied him.

He ended up in Egypt in the household of man named Potiphar. Genesis 39 notes, “Now Joseph was well-built and handsome, and after a while his master’s wife took notice of Joseph and said, ‘Come to bed with me!’”

He asked her how he could “do such a wicked thing and sin against God?” Constantly, “day after day,” drip, drip, drip, she attempted to seduce him. But he “refused to go to bed with her or even be with her.”

Then one day she dismissed everyone out of the house. So it was only she and Joseph. She grabbed his cloak to get him into bed, but he fled. She screamed and lied about him.

Joseph was thrown in prison. But he stayed true to his integrity. Eventually, he was completely exonerated and even became second only to Pharaoh in all of Egypt. He had passed the test.

I find it interesting that when the wife was trying to tempt him, he didn’t sit down with a tablet and chisel out a pro and con list. He simply fled. He put on his running shoes. What a great model for us.

Unfortunately, King David, many centuries later, shows us what not to do on this front. During the season when kings go off to war, David was at home relaxing. As he looked down from his roof, he happened to see a beautiful woman, bathing. One thing led to another and, before long he had committed adultery and was responsible for killing the woman’s husband to cover it up.

Then God brought judgment on David and his household. What David had done in private, God judged in public.

All of this could have been avoided by that second look. You can’t always help that first glance of something tempting---unless you purposefully expose yourself to temptation, in which case you’ve already lost the battle. But you can be careful with that second---and third and fourth glance.

Job said, "I made a covenant with my eyes not to look lustfully at a girl.” Pastor Kent Hughes makes the point that “Job’s covenant forbids a second look.” Jesus warned us to not look at a woman lustfully and so sin in our heart. It always begins in the heart.

It is important, though, that we distinguish between temptation and giving in to temptation. Martin Luther said you can’t stop a bird from flying overhead (temptation), but you can keep it from building a nest in your hair (sinning).

One time a Christian writer decided to study the problem of pastors committing adultery. What he found was that through lust, they had committed adultery in their hearts repeatedly. Then when the opportunity finally made itself available in a real life situation, they simply acted out what they had envisioned so often before.

If this is a problem for you, find a trusted brother or sister in Christ to whom you can confide. Not the church gossip, but someone who can hold you accountable. Often by sharing the truth with someone else, the stronghold of evil is broken.

One of the big traps to avoid is a smug attitude---“this could never happen to me.” Paul warned, Let him who thinks he’s strong, watch out lest he fall.

Ultimately, the key to purity is renewing the mind. The key to that is the Bible. When Jesus was tempted by the devil, each time He responded, “It is written…” and then He quoted the Bible.