Does the Pro-Life Movement Have a Prayer? 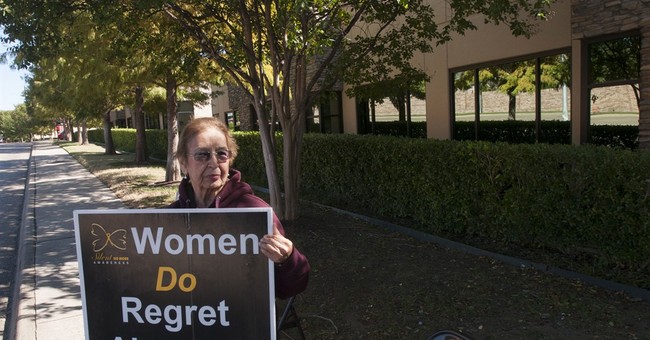 If you’ve been pro-life for any length of time, you know it’s easy to develop battle fatigue. Last week’s election saw a strongly pro-abortion rights candidate beat the pro-life candidate for the governorship of Virginia. However, clearly, there were many other factors at work.

Meanwhile, Gov. Christie of New Jersey is pro-life and won a landslide. But again there were many other factors at work.

The politicians aren’t the ones to look to for salvation in this realm. But nor should the political process be abandoned.

Recently I had the privilege of talking to Bishop Robert Smith, Sr. of Arkansas, president of Total Outreach for Christ Ministries. In reference to voting and this issue, he said: “We’re living in a constitutional republic ruled by law, and it’s a representative government. So whoever you vote for, you’re empowering to make decisions on your behalf.”

Again, while politics is an important part of the equation, politics alone will not decide the progress of the pro-life movement.

In the last ten years or so, there has arisen an additional ministry to help try and save unborn babies, 40 Days for Life. I have written of it previously.

At that time, I said: “There’s a relatively new outreach that has been organizing peaceful prayer vigils (but I repeat myself)—around the clock—in front of abortion clinics. It’s called “40 Days for Life.” They organize a 24-hour, seven-day a week commitment to prayer for forty days in a row in select cities. (In rough urban areas, where it might be dangerous for a couple of praying people to be out all night, they change the 24-hours to 12-hours.)”

For this column, I accessed 40daysforlife.com (11/8/13), and here are the statistics they list:

So they have seen many prayers answered and lives saved as a result.

John Aman is the long-time president of the Broward Right-to-Life since 1994. In the last year or so, he has now spearheaded three campaigns of 40 Days for Life in Ft. Lauderdale.

He knows of at least seven children saved by their efforts (and helped, if they wish, with free living accommodations, doctor’s care, food, diapers---whatever they need).

John said, “It’s a wonderful way to get people involved in the pro-life movement. It harnesses the power of prayer for the saving of babies from abortion.”

John adds, “The great thing about it is that it brings people right to the very site where babies are killed. That brings home the gravity and reality of the daily activity taking place in these clinics.”

To John’s wife, Tewannah Aman, this issue is personal. She had an abortion when she was 18. She said, “I was pressured into having an abortion. No one ever explained the development of the unborn baby and that there could be risks and complications---that is, the reality of abortion.”

Tewannah notes, “When I stand out there, I talk about the fact that I’ve suffered emotionally and physically as a result of my abortion. I stand in front of the clinic because no one was standing there for me.”

She talks of one woman touched through their efforts just the other week: “I counseled a woman who went into the clinic. She went in there for a pregnancy test. She came out and said, ‘I’m pregnant, but I’m not going to have the procedure.’ Then she drove off.”

In closing, John Aman observes, “We’ve seen women choose life for their unborn children. That is the most important and gratifying thing by far with 40 Days for Life.” In light of at least 8,000 babies saved through this peaceful means, it sounds like a lot of prayers are being answered.

The Narrative Is Changing Again on Gas Prices
Townhall
What fresh Snell is this? Purported lawyer gets dragged by Twitter for claiming Maggie Haberman likely committed misprision of felony
Twitchy
Brian Kemp Goes for the Jugular as Stacey Abrams' Campaign Continues Its Freefall
Redstate
Why the Democrats Must Be Punished
PJ Media