How Palin Will Help McCain 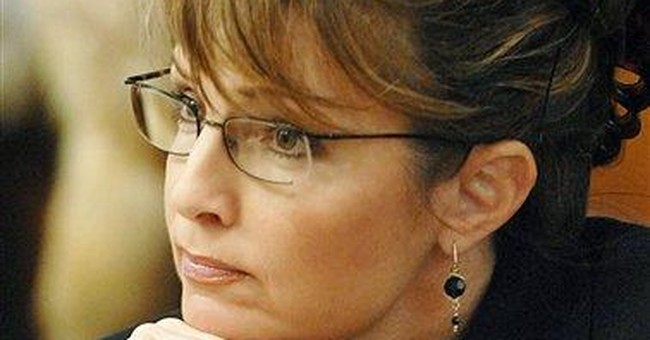 It’s a big day for John McCain. It’s a big day for Sarah Palin. And it’s a big day for CNBC and Larry Kudlow of CNBC’s Kudlow & Company. The vast majority of mainstream media hovered like flies around Tim Romnlenty (or is it Mitt Pawmney?). This is about the biggest case of received-wisdom-wrong-again in my memory. A small number of big-time media outlets were talking about Palin, and probably none of them was further out ahead on this one than Kudlow. Guys, take a victory lap. I may take one myself.

Now, what does it mean. It means that drill, drill, drill gets stronger. Sarah knows this stuff inside and out. She can back McCain in the defense of drilling, transporting and refining oil. She puts ANWR back on the map. Who knows it better than the governor of Alaska?

The delegates may have been unified last night, but the party isn’t. Women feel dissed, and why shouldn’t they? They went majority for Hillary. She lost largely because the party threw out the Michigan and Florida votes (until Obama was a foregone conclusion).

Forget this nonsense about how women are natural parts of the democratic party because it supports ‘equal pay’ for ‘comparable’ work. Women have become the emerging center of American entrepreneurship. They start business at twice the rate of men. I should know, I’m married to a brilliant lady entrepreneur (for whom I work). They know about capital gains taxes, and s-corporations. They sweat the details of payroll withholding taxes. They won’t be easy to fool into believing that a hike in the top tax bracket won’t really be a tax hike on entrepreneurs.

Also forget the nonsense about women and abortion. Women are by and large a more pro-life demographic than men. In fact the most pro-choice group is young, single men (gee, I wonder why?). Who better to make this case than Sarah Palin who just brought Trig into the world this past April, her beautiful little Down’s Syndrome boy.

Add the Palin choice to the fact that the drilling moratorium ends roughly a month before the election, and you get an election that will largely be about, drill, drill, drill. Sounds pretty good to me.