Why Stacey Abrams and Democrats Are Wrong About Georgia Election Reform

Jeremy Brand
|
Posted: Apr 01, 2021 9:00 AM
Share   Tweet
The opinions expressed by columnists are their own and do not necessarily represent the views of Townhall.com. 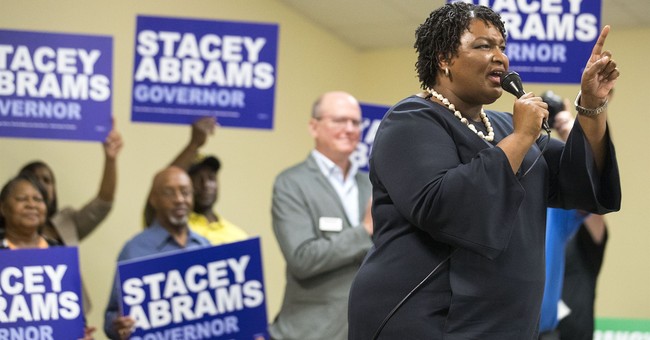 Fair, free, and trusted elections are the bedrock of our democracy. Throughout the course of our country’s history, Americans have fought and died for one of our most sacred rights. Expressing one’s voice at the ballot box is how our country has evolved, grown and prospered for hundreds of years—and it is one of the greatest honors we are granted as Americans. Not only should that right never be infringed or questioned—but it should never be watered down, altered, or manipulated. Unfortunately, in 2020, far too many states used the pandemic as an excuse to do just that—and as a result, voters lost confidence in their fundamental right as Americans.

Thankfully, Republicans in the Georgia legislature have stepped up in a big way to correct some of the irregularities and mistakes we saw in the 2020 election.

What’s more, the legislature has stood strong in the face of constant harassment, character assassinations, lies and misinformation from the left, and a completely dishonest mainstream media. In fact, at no point in our country’s history have the mainstream media, Big Tech, and far-left Democrats been so united in pushing a false narrative than during the Georgia Legislature’s push to restore election integrity in the Peach State.

The reality is that while Democrats – led by Stacey Abrams - and the media cry “voter suppression,” the new Republican reforms are common-sense solutions that ensure every legal vote counts.

For example, one of the major items in the bill will do away with the subjective signature match process for absentee ballots and instead require a voter to provide their driver’s license number in order to verify their identity and cast a ballot. Absentee ballot drop boxes, which didn’t exist before 2020, will now be governed by clear rules and regulations, including strict surveillance. And those who attempt to vote at the wrong precinct on Election Day will be required to go to the correct one.

Some reforms ensure accuracy by triggering automatic reviews of counties where votes are lost or incorrectly counted, while others guarantee transparency by policing misleading activity by third-party voter registration groups. And although it has become a favorite talking point of the radical left, Georgia’s new rule around the distribution of food and beverages at polling places isn’t a draconian disenfranchisement technique – it’s a critical reform to put an end to vote-buying on Election Day.

The facts are clear: Senate Bill 202 makes it easier to vote and harder to cheat in Georgia. But for individuals like Stacey Abrams - who manufactures controversies and spreads lies to pocket millions of dollars, snag appearances on MSNBC, and feed her political ambition - the facts don’t matter. The truth is that Georgia’s new election legislation – which actually expands early voting and prevents long lines – is a tremendous victory for secure, accurate, and transparent processes in this state.

Governor Kemp and Georgia’s Republican lawmakers should be applauded – not only for bringing free, fair, and trusted elections back to Georgia – but for bravely taking on the deception campaign of far-Left activists, the liberal media, and Big Tech. Regardless of Stacey Abrams’ vile and ridiculous rhetoric, this legislation is a win for freedom loving, law-abiding Georgians – and we can all rest easy knowing our most fundamental American right has been strengthened in Georgia and will never again fall victim to the errors of 2020.