Jeremiah Cuevas
|
Posted: May 25, 2016 12:01 AM
Share   Tweet
The opinions expressed by columnists are their own and do not necessarily represent the views of Townhall.com. 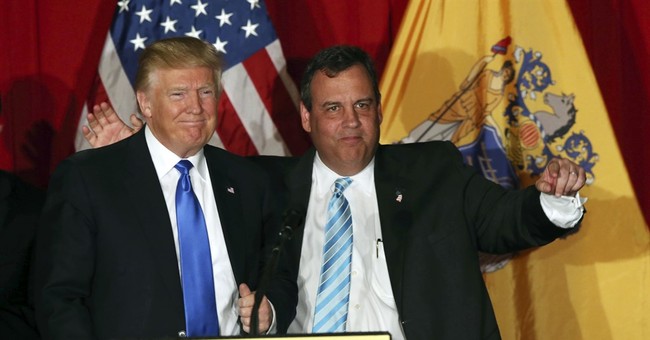 A war fought with the single objective of utterly destroying the opposition, devoid of principals never ends; because you will always have opposition. We as Americans should know that all too well. Our greatest defeats have come when that fact escapes us.

When we kicked the English out of our new country, we fought a war based on the ideals of government based on the consent of the governed, as well as our very independence as a free state. Granted the English were in unfamiliar territory. However, the factor that truly lost the war for the English was that their only goal was to destroy us, and quell the revolution. All we had to do was fend them off until they lost the will to fight.

The American political landscape is no different. With the exception of perhaps the 1980 election; Republicans have made the presidential race about beating the Democrats. This cycle it looks as though the Republican Party has chosen an Avenger to broaden the base and make a corrupt government pay, instead of one who is consistently committed to the values the party was founded.

The GOP has been pulled so far to the left in order to win over disenfranchised Democrats, that we have seemingly nominated a progressive populist who does not even believe in free trade. The Don has said as a cornerstone of his campaign that he will punish China with tariffs as high as 45 percent, in retaliation for unfair trade practices. While this might seem like a good idea to keep China and others in line, it is a horrible idea in practice. Tariffs do nothing but hurt the consumer and weakens the economy.

China would be foolish to turn their back on the United States; the largest consumer on the planet with a Household Final Consumption Expenditure (HFCE) of almost $12 trillion dollars. After Chinese companies pay this tariff they will likely pass it on the American consumer, by raising the cost of goods to offset the tariff they paid. When you apply those tariffs to enough goods that no American companies manufacture in the United States, it can be disastrous for our economy.

The Republican Party is now playing the liberals game, in many cases our presumptive nominee lands on common ground or even to the left of both Democratic candidates. The only issues that Trump does not fall to the left on, are immigration and guns.

The real dinner table conversations that Americans should be having is the cost of abandoning our principles and simply trying to beat the Progressive liberals. The last two elections have cost the American people a total of almost $10 trillion in debt, and according to American's for Tax Reform, a total of over 200 percentage points in new or increased taxes.

The Republicans used to be the safeguards of the legacy of Washington, and Jefferson. Our first candidate, Abraham Lincoln or even one as recent as Reagan, would not be able to secure the nomination this or any of the recent primary seasons. Yet, Republicans often criticize Democrats for being inconsistent on platforms or issues over the years; pointing to presidents like John F. Kennedy or Bill Clinton.

Proof that the GOP has gone astray from the founding values of the party is the formation of the libertarian Party or the Constitution Party. All these parties claim to be for a streamlined government, checks and balances on federal powers, and equal rights for all under a single rule of law. As of late it would seem only two of those parties actually put those values into practice.

If the Republican Party were adhering to these values, then the other two would not exist. True Democrat Woodrow Wilson, was the first to fundamentally change the President into an office of all but an elected King. True that Barack Obama has done little to help limit that illegal use of power, but George W. Bush issued 291 executive orders, 49 more than Barack Obama.

Another testament that the Republican Party has strayed from is its conservative base, is the fact that this article could be mistaken for someone criticizing the Party from the outside the GOP. The troubling fact is that this article was written by a staunch conservative, who like many has been left behind by the GOP.

Presently, there is a meme concerning Trump making its rounds on social media that says "A lion does not lose sleep over the opinion of sheep." The meme is likening Donald Trump to a lion and people within the Never Trump movement to sheep. The irony in this misguided statement is that It is not the job of those that are against Trump to vote for Trump. It is on Donald Trump or any potential nominee, to make the case that he will stand for the conservative values that the Grand Ole Party was founded on.