Bernie Sanders' America: Why Sanders Poses a Greater Threat than Obama Did

Jeremiah Cuevas
|
Posted: Feb 10, 2016 12:01 AM
Share   Tweet
The opinions expressed by columnists are their own and do not necessarily represent the views of Townhall.com. 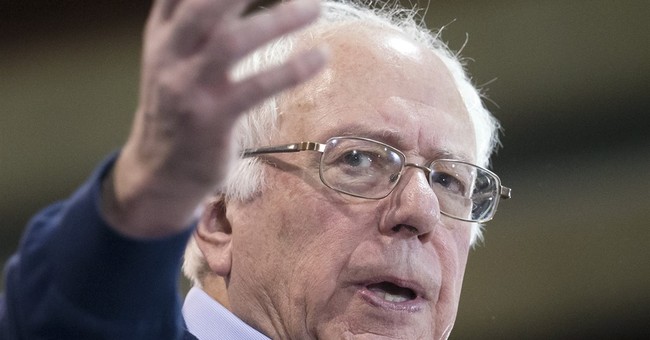 At first glance Bernie Sanders is forging a Doc Brown and Marty McFly relationship with young voters. However, is America underestimating the dangers the professor poses to not only our values but also our infrastructure, and economy as well ? Whether by design or naivete, there are few candidates that could do greater damage to America than Bernie Sanders. If Americans think that Barack Obama did significant damage to the country; cast Bernie Sanders as the Joker saying “Wait ‘til they get a load of me.”

Sure Donald Trump is a loud mouth who doesn’t stop, and is serving to shake things up a bit. However, going into Iowa he was up as much as 8 points in the polls then lost it by 3 point to Sen. Ted Cruz. So at best he is a winner who comes in second place at this place.

Bernie Sanders’ platform is perhaps the scariest of all the candidates in the field, on either side of the aisle. This goes beyond the common class warfare generated by most democrats. Raising taxes on those earning at least $250,000 a year, and a 3 percent inheritance tax, in the hopes of paying for his impossibly expensive platform, illuminates a dangerous lack of foresight. It would seem that Sanders has forgotten that rich people can afford plane tickets. A fact that they proved to they proved to the french government in 2012.

Sanders’ platform can only hurt the people he claims he wants to help. Raising the minimum wage from $7.27 to $15 on the surface sounds like a great idea. However, with automation infringing on 45 percent of  American jobs according to MIT, it starts to lose its allure. Making low income workers more expensive in the face of automation would cost American jobs.  To quote our current socialist regime “That’s not who we are.” Every American knows our identity and values, right?

Books like Howard Zinn’s “A People’s History of the United States” and other historical revisionists are warping the view of America’s foundational history on University campuses  across the country. Zinn’s book portraying the founding fathers as elitists who wanted to build a better country for only the rich white men. In his toam Zinn sites that they“found that by creating a nation, a symbol, a legal unity called the United States, they could take over land, profits, and political power from favorites of the British Empire.”

Howard Zinn’s influence throughout the Academic community as, Gilbert Sewall, of the American Textbook Council describes it, on social studies teachers "is prodigious and possibly unparalleled.”Sewall has found that Zinn’s book is widely used as source material for not only history, but economics, political science, sociology, and women's studies.

Enter, Bernie Sanders promising free college for young students who by the end of their college years leave owing on average between $25,550 and $39,950, according to the Institute for college Access and Success. Given the volatility of the collegiate environment in recent times Sanders appears a saint to the young disillusioned coeds.

College is not the only place where the numbers are alarming. In a recent Gallup Poll 47 percent of Americans said they would vote for a socialist with only 50 percent saying they would not. That is not the most disturbing number in the poll comes from the partisan Americans. Among partisan Americans 59 percent democrats would vote for a socialist. This is not surprise seeing as how that’s frankly is all that is on the menu for them when you consider that the chairman of the Democratic National Committee Debbie Wasserman Schultz, can’t even distinguish between the two when asked the question. However the piece of data that should leave us the most stunned is that  26 percent of republicans said that they would vote for a socialist.

There is a place for people like Bernie Sanders to make us all stop and think about issues that we may not have thought about. He caused Americans to look at issues that we may not have looked as heavily. His ideas about ending crony capitalism is important, but income inequality is not. If someone pursues happiness and attains financial freedom, they should be celebrated and inspire other Americans to do the same. Class warfare could not be further from the conceptions that the Framers had in mind for our United States of America.